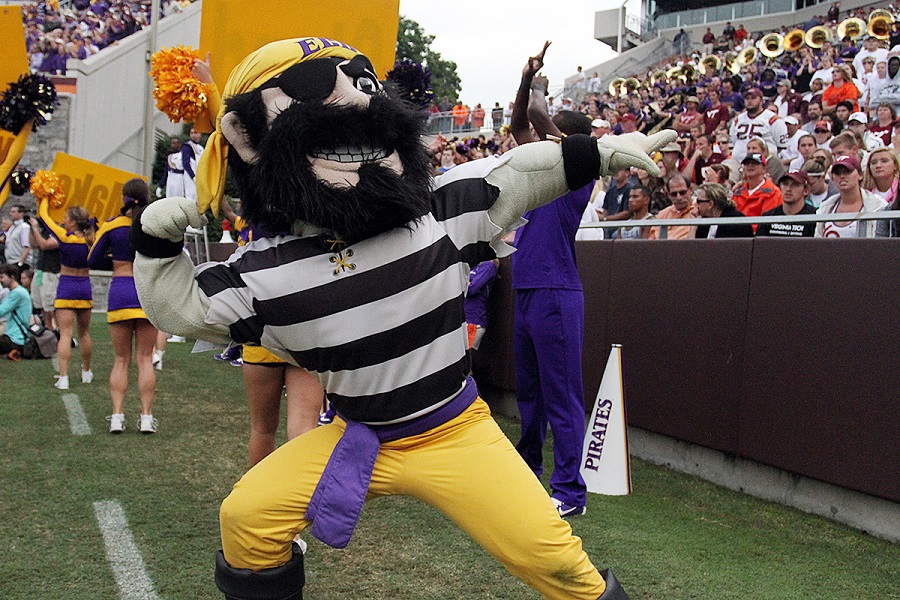 What are the advantages and disadvantages of playing East Carolina in a long-term series?

Hokie CPA: I guess it’s time for the annual message board skirmish over why we play East Carolina every year.  The old standby is always, “it’s a lose-lose situation for us: if we win, we don’t get any credit and if we lose, it means we’re the worst P5 team in the history of ever!”  Well, the truth, as always, is usually found somewhere in the middle.  While it’s true that they are currently a team that struggles at best, at one time the Pirates were Giant Killers. You could walk away from a game with them with a win and a modicum of respect.  And honestly, I get the feeling most people who frequent TSL really don’t have a problem with playing East Carolina quasi-regularly; they just wish we weren’t playing them EVERY SINGLE YEAR.  That’s a fair point.

Here is why a long-term series with East Carolina is a good idea:

A) The Pirates are VERY accomodating with scheduling.  We have, on several occasions, been able to move or delay a scheduled game with East Carolina in order to play a made-for-television game against a big-time like Alabama.  It’s really nice to have that kind of flexibility in scheduling available to us.

B) Greenville, NC is pretty close to some rich recruiting grounds, both in Eastern North Carolina and in Southeast Virginia.  Additionally, Virginia Tech has a dedicated fan-base in the 757 that actually has a very easy time getting to Greenville.  It takes us three hours to get to ECU, as opposed to five hours to get to Blacksburg.  It’s nice getting a close road game every now and then.  Yes, I’m looking forward to the game in Norfolk against Old Dominion in a few years, too.