Yesterday we got great news: Tim Settle qualified and will enroll at Virginia Tech in August. He is the highest ranked defensive tackle that the Hokies have ever signed.

Obviously scouts think very highly of Settle. Before we discuss him however, let’s take a quick look at how Bud Foster and Charley Wiles use their defensive tackles.

Virginia Tech’s defensive tackles play a 1-technique and a 3-technique. The 1-technique is referred to as the “nose” in Tech’s defensive lingo, while the 3-technique is the “tackle.” However, the Hokies don’t assign players to a specific position, instead using a left DT and a right DT. Which player serves as the nose and which serves as the tackle depends upon the playcall. Luther Maddy might be a nose on one play, and he might be a tackle on the next, depending on what Bud Foster has dialed up.

Here’s what the alignment looks like, in case you’re having trouble picturing it. 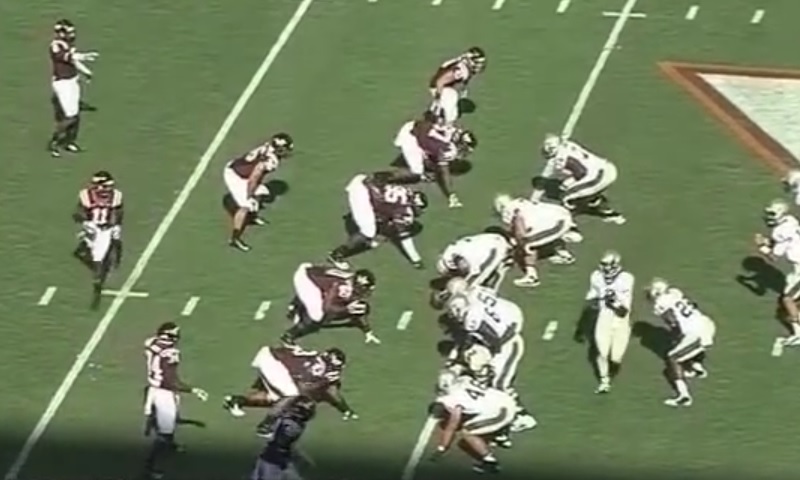