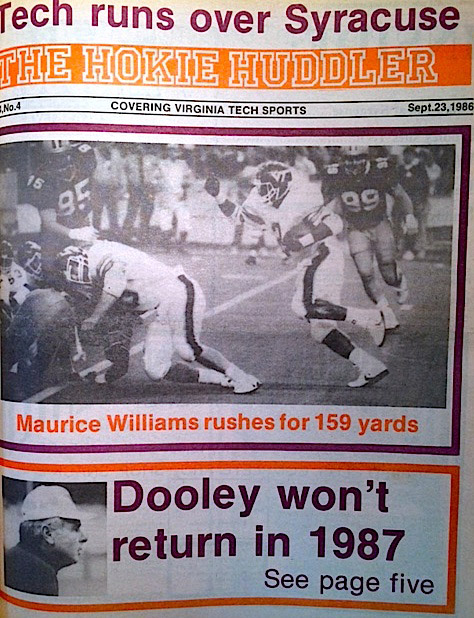 Although it came as a shock to most people, Bill Dooley’s lawsuit against Virginia Tech had been brewing since the fall of 1985, following the Roanoke Times & World-News’s scrutiny of the Virginia Tech Athletic Association’s financial woes. After the newspaper’s series hit the doorsteps, several prominent contributors had pressured University President Dr. William E. Lavery to fire Dooley.

Dr. Lavery didn’t necessarily want to do that. But he had served on the NCAA President’s Commission, which was pushing for more institutional control of athletics. To that end, he formed a Blueprint Committee on Athletics in January 1986. The Committee studied the VTAA and recommended splitting the jobs of AD and football coach.

It was clear to Dr. Lavery—and anybody else paying attention—that the status quo could not continue. “When Lavery hired Dooley, he gave him all this power,” said Jack Bogaczyk, who covered the story for the Roanoke Times & World-News, “and then he tried to take it back. But Bill Dooley would never have taken the Virginia Tech job if Bill Lavery had offered him the job of football coach, period.”