The declining number of Virginia Tech draftees over the last few years got me thinking about the overall talent level of the program and where I think we are in recruiting right now.

Virginia Tech has had at least one player selected in every single NFL Draft since 1994. 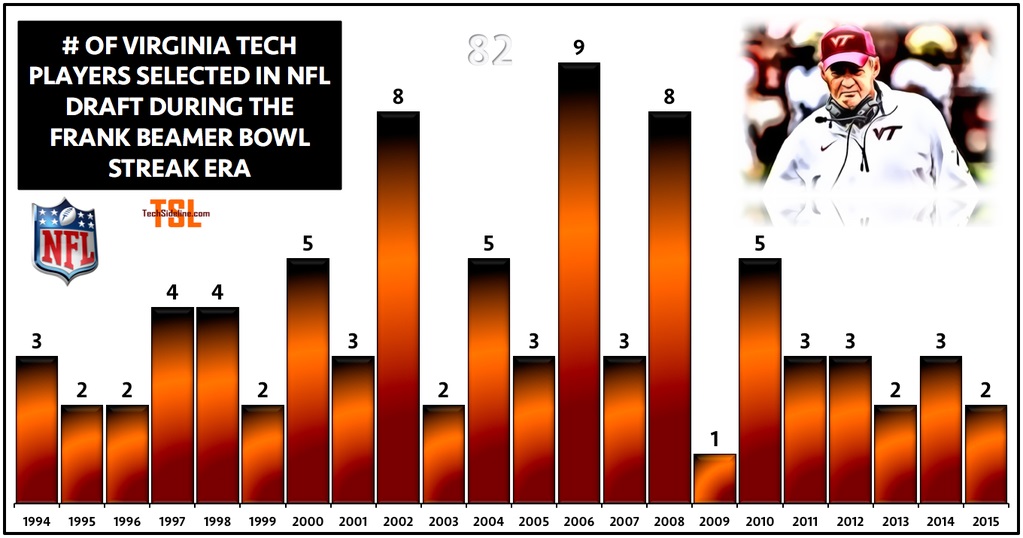 I know it’s common perception to believe that Virginia Tech has more talent these days than they did back in the 1990s, and that Frank Beamer did more with less back during the early Beamer Bowl Era. That’s completely inaccurate, in my opinion. Tech’s recruiting rankings have risen since then, and much of that is because their own success prompted the recruiting analysts to start viewing VT recruits in a more favorable light. Recruits in the state of Virginia are also ranked much higher these days than they were in the 1990s. That’s why the common misconception is that the Hokies were less talented back in the 90s than they are today.

Not only did Tech average more draft picks in the Big East Era, but those picks were also drafted higher on average than they are today.