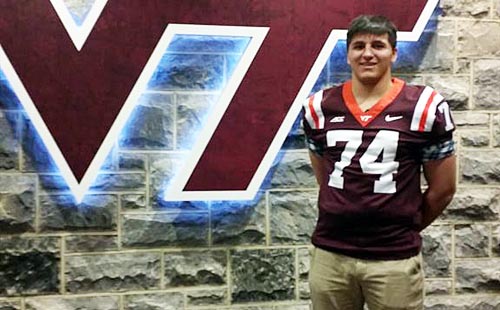 Today we’ll take a look at some of the defensive players the Hokies are targeting for 2016.

Virginia Tech must stockpile talent at the defensive end position in the 2016 class. There are a number of names who are listed with Tech offers, though some of them would most likely slide inside to defensive tackle at Tech. We’ll include those guys with the defensive tackles in a later section.

Quayshon Alexander is from New Jersey, and he has a nice offer list that includes Rutgers, Miami, Michigan, Arizona State, and others. Many are projecting him to stay in-state and play for Rutgers. The Hokies offered him a little over a month ago, and the key will be getting him on campus for a visit. If they can do that, they have a shot.

Tyrone Hopper is an undersized prospect from Georgia with offers from Wisconsin, Louisville, Tennessee, UNC, Louisville, and a few others. I believe Virginia Tech stands a decent shot with Hopper, though visits will be critical.

It’s a little bit concerning to see Tech listed with only a couple of defensive ends right now. Of course, new offers will go out