Every day from today until the start of spring practice, I’m going to take a short amount of time to discuss something random in the Tech football program. It’s going to vary, and it could be anything from the current quarterback battle, Tech’s history of putting wide receivers in the NFL, or special teams efficiency on a year-by-year basis.

In the end, there will be 14 total topics discussed. Some of the articles will probably be more interesting than others, depending on the subject matter, but the main point is to get my mind (and yours) thinking about football again.

Today we’re going to begin this series with some thoughts on Frank Beamer’s offensive coaching staff changes back in early 2013 and how the departure of Jeff Grimes and Aaron Moorehead have influenced my thinking. 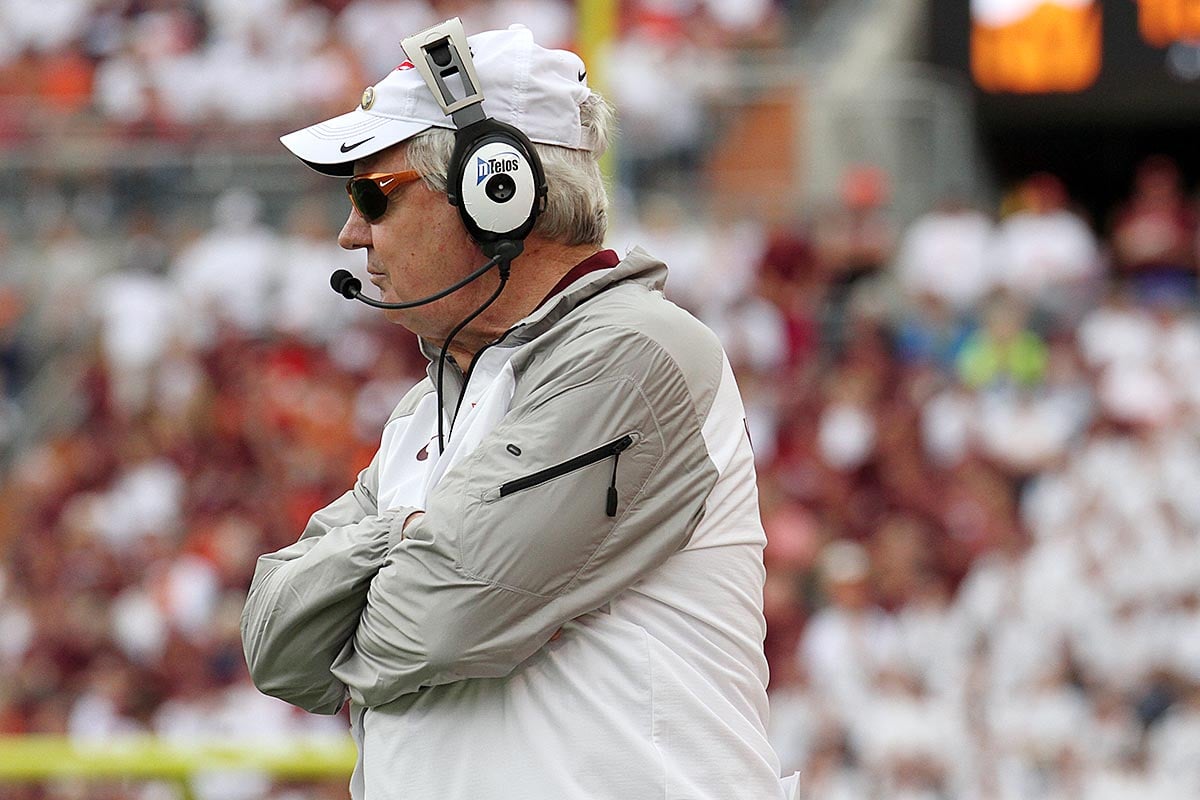 Remember when Frank Beamer hired Scot Loeffler, Jeff Grimes and Aaron Moorehead as new offensive coaches back in early 2013? I remember saying at the time that the new coaches would face a 2-3 year rebuilding process, and we had to give them a chance to bring in their own players and create their own culture at their various positions.