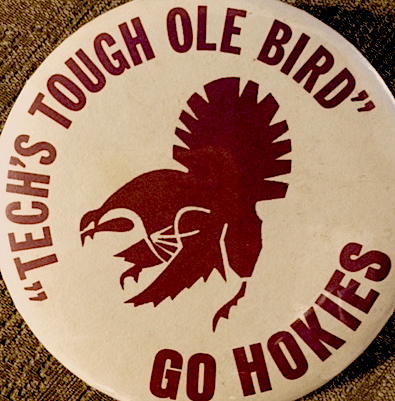 And then, reality set in.

In January of 1981, All-South center Roe Waldron experienced his first “well-hell-I-didn’t-see-THAT-coming” moment. A few days earlier, the senior, in his last collegiate game, had swapped helmet paint with future NFL mauler Jim Burt in the Peach Bowl against the University of Miami (the Florida one in case you were wondering). But when he returned to his room at Hillcrest dormitory, he sensed something was amiss. He got that idea when he heard the sound of a blow-dryer coming from inside his room.

Waldron walked in to what was now his ex-room to find that two walk-on football players had moved in. His room had been, without his knowledge, reassigned over the break. The walk-ons turned and looked at him with one of those, “What is HE doing here?” looks.

Waldron stared back at them and said, “Where’s my stuff?”

They led him out into the Hillcrest hallway, to a closet, where all of his worldly belongings had been stowed without great care.

“The end came quickly,” said teammate Steve Jacobsen. “Roe came down to my room like a puppy dog, and asked if he could crash with us for awhile.

Until he could find a new place to live, Waldron piled his belongings into his girlfriend’s Dodge Dart.