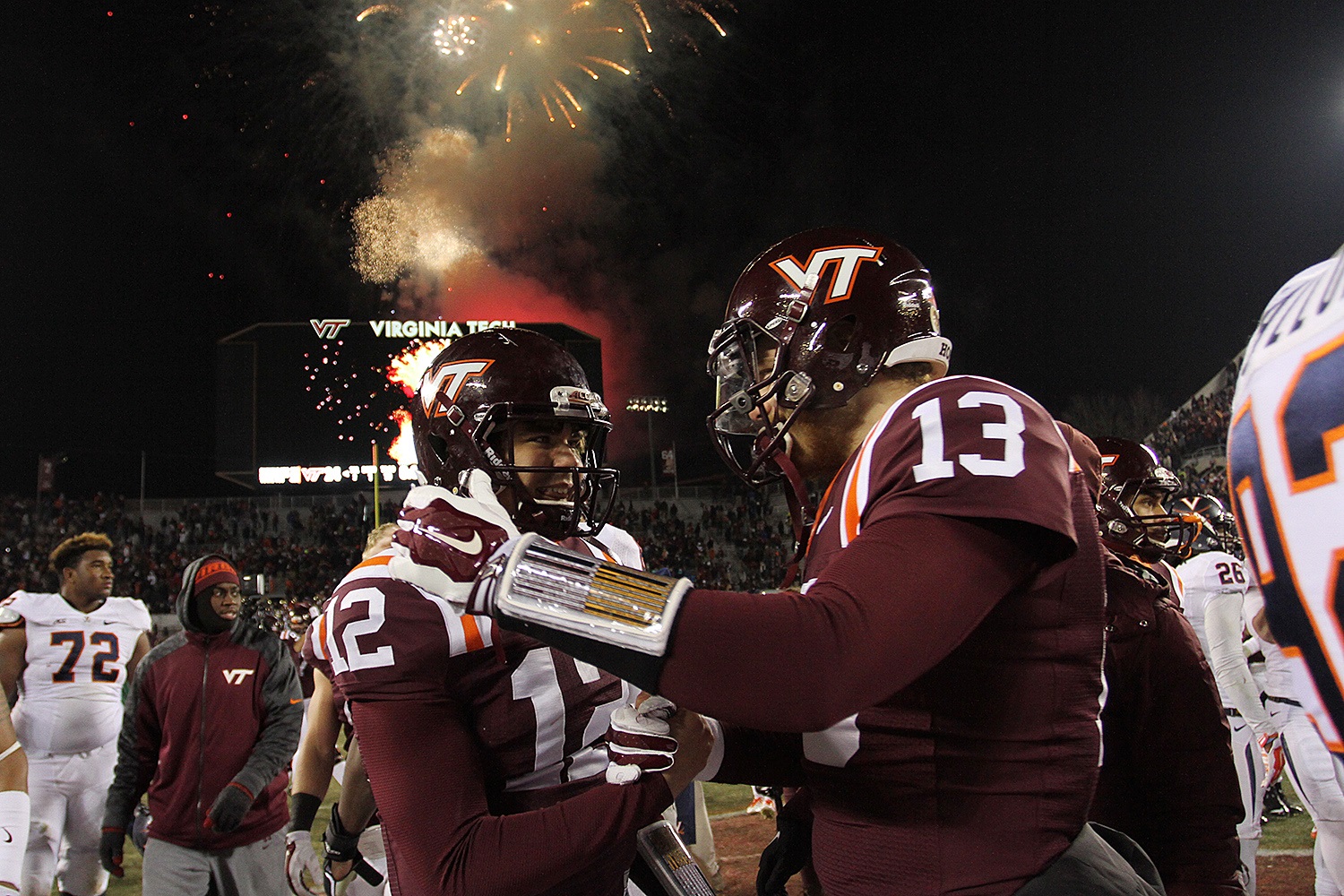 I don’t know about you, but I had a blast on Friday.  I liked the idea of a Black Friday game with UVA since the day it was announced, and yesterday’s experience did nothing to change my opinion.  In fact, it only made me want to continue the series on Black Friday in the future.

I’m in favor of it for several reasons, which I’ll list below.

Last night’s VT-UVA game was the only major game on TV at the time.  ECU played Tulsa on ESPNU at 8:30pm, but that’s it.  There was no competition, and everybody who wanted to watch college football on Friday night had no choice but to watch the Hokies.

As far as I’m concerned, the more exposure this program can get will be for the better, especially for home games, and especially if they are at night.  If our only real chance of getting a night game (other than Thursday) is to play on Black Friday, then so be it.

That’s a heck of a lot of competition.  Competition in the noon slot would have included…