I’m going to talk about two different things from yesterday’s 6-3 double overtime loss to Wake Forest, and surprisingly both of them are positive.  The rest of the article will be dedicated to the UVA game, and the future. 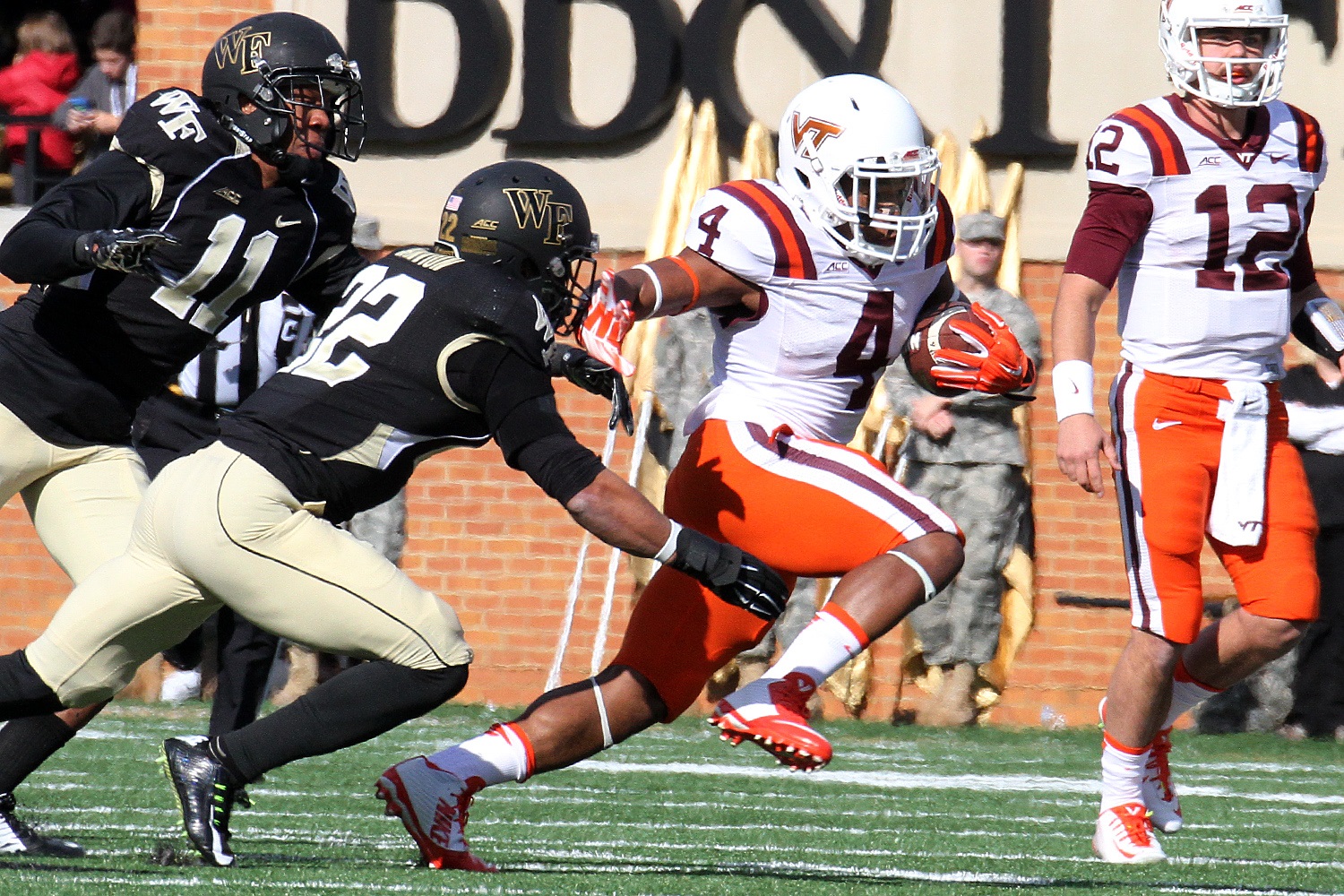 The emergence of J.C. Coleman

J.C. Coleman was languishing on the bench after his fumble against Pitt, and going into last week’s Duke game he was averaging just 2.5 yards per carry on the season.  He wasn’t breaking any tackles, and he looked slow and not explosive.

I don’t know what in the world happened to Coleman, but he has looked like a completely different back the last two weeks.

Coleman looks faster, a lot more explosive, and he’s actually getting some yards after contact.  In the 2013 season, he did not have one single gain longer than 13 yards in his 95 touches.  In yesterday’s game alone, he had three runs longer than 13 yards.

Yes, the run blocking has been better over the last two weeks.  However, J.C. has looked like a different back, too.  He looks like he has a lot more energy.  He looks like a guy who chugged a case of Red Bull before the game, and another at halftime.

Over the last two weeks, he has put together the best back-to-back performances of any VT running back this season.  He has very much lessened the impact of losing Marshawn Williams, Shai McKenzie and Trey Edmunds.  In fact, none of those other guys managed to average five yards per carry in back-to-back games this year.