I’ve always enjoyed advanced stats, and I suppose that’s the baseball fan in me. I believe advanced stats are becoming more appropriate for college football as well. For example, with so many teams scoring 50+ points and so many programs having offensive philosophies that negatively affect their own defensive rankings, I think defensive efficiency is a better way to judge a defense than yards and points allowed.

Likewise, offensive numbers such as total offense and points per game doesn’t necessarily tell the whole story, because not all teams run at the same pace. Fortunately, the good folks over at FootballOutsiders.com have a number of advanced stats, and their formulas make this article possible.

FootballOutsiders.com (hereafter referred to as FO.com) has an overall ranking based on the rankings of offense, defense and special teams. Likewise, the offensive and defense rankings are based on drive results, and they do not include scores in garbage time or clock killing drives. They also take into account playing well against good teams (win or lose), and also playing poorly against bad teams (win or lose).

You might be surprised to know that Virginia Tech is ranked #28 in the country in FO.com’s overall rankings. They are the highest ranked team in the country with a losing record. The closest teams to Tech who also have a losing record are Arkansas (#37) and Tennessee (#38), both of whom are 4-5 as well. Clearly the Hokies are boosted by their win against Ohio State, as well as their overall defensive efficiency rankings.

Here’s how the rest of the ACC ranks:

Tech’s overall ranking of #28 puts them right in the middle of the pack of the ACC. In case you are wondering, here is the overall top 10: 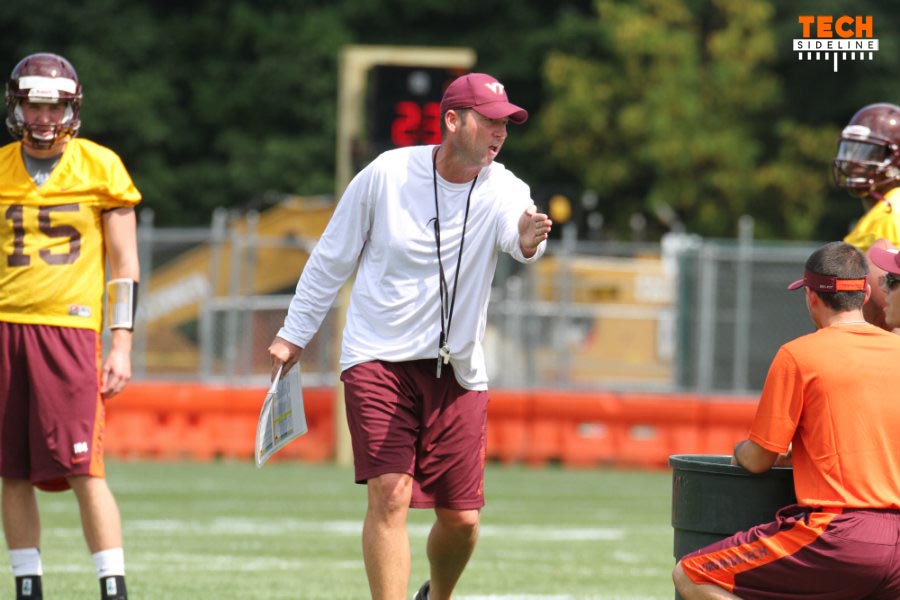 FO.com has two different offensive efficiency systems: The FEI and the S&P+ systems. The FEI is all about drive efficiency (and doesn’t include garbage time drives, taking a knee before the half, etc.), while the S&P+ uses explosive plays, success rate, drive efficiency and strength of schedule. First, let’s see how Tech ranks in the FEI.

OFEI: #89. This is a team’s overall offensive efficiency rating weighted by the quality of the opponents that they have faced.

FD: #117. First Down rate, the percentage of offensive drives that result in at least one first down or touchdown. Simply put, Tech is one of the worst teams in the country when it comes to going three and out.

AY: #116. Available yards, yards earned by the offense divided by the total number of yards available based on starting field position. Again, the Hokies are one of the worst teams in the country.

EX: #124. Explosive Drives, the percentage of each offense’s drives that average at least 10 yards per play. We’ve said consistency has been Tech’s biggest issue this year. Actually, the inability to hit big plays has been their biggest weakness.

Me: #73. Methodical Drives, the percentage of each offense’s drives that run 10 or more plays. Tech has been much more effective in methodical drives than they have been in hitting big plays. Most of their touchdown drives this year have been long drives.

VA: #106. Value Drives, the percentage of each offense’s