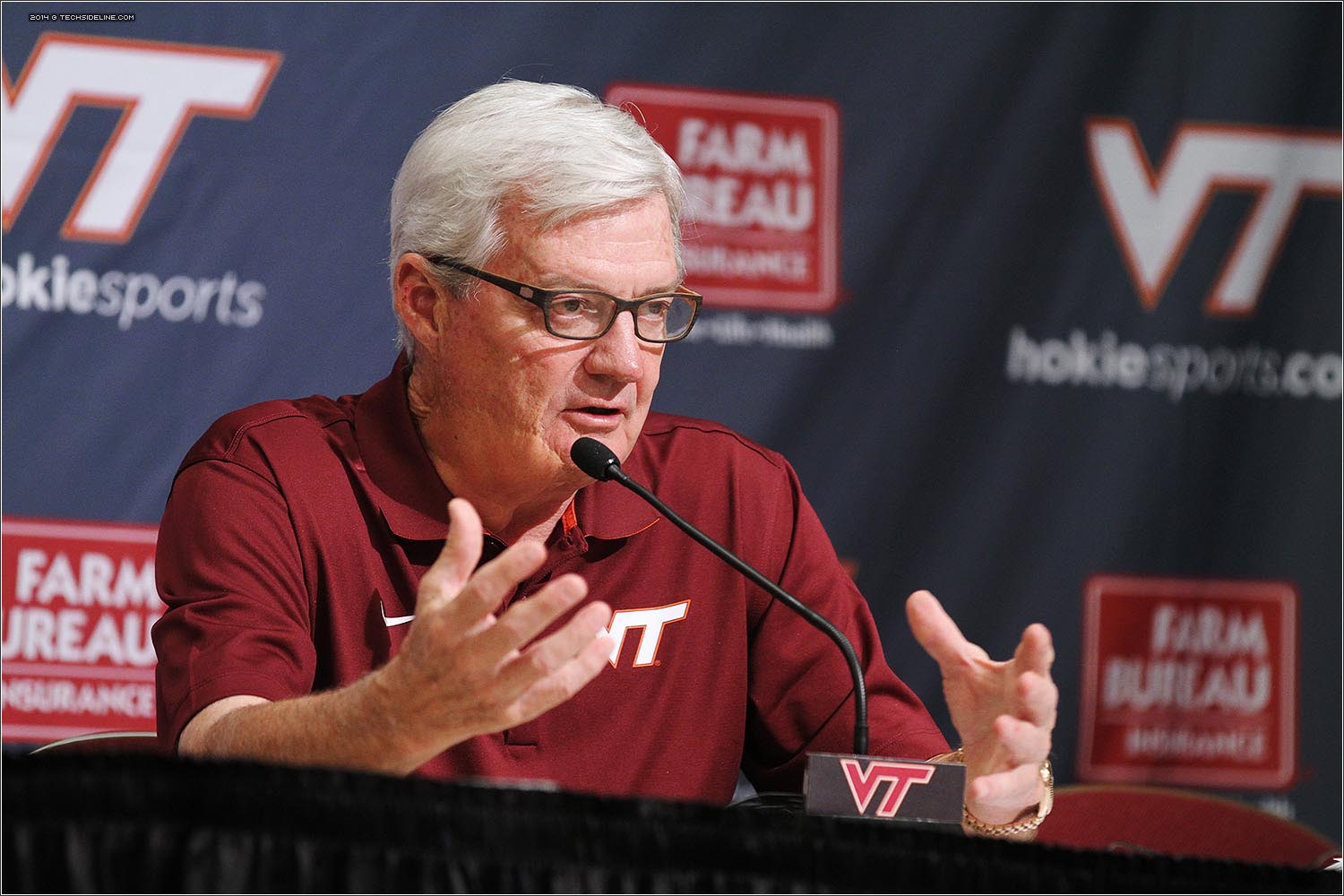 Upwind of UVA: The past two pre-seasons I looked at 2014 as a year when the offense would begin to show signs of improvement, but the real reaping from the newest coaches would come in 2015. That would be the third year post-Newsome, with three off-seasons of new leadership on offense driving player improvements. I also assumed that the defense would remain stalwart, because, well, Bud Foster.

Here’s the new forecast on offense: the OL is not going to improve by leaps and bounds and that will limit the improvement we see in 2015. Among young linemen, only Wyatt Teller and Augie Conte have gotten appreciable playing time despite the middle of the line being something between bad and an abomination, and the tackles taking their turns at bad, too. On the bright side, I love the potential of the tight ends and receivers, both of which should be better with experience and the additional strength that off season weight training provides.

Then there is the quarterback. I do not think we will ever again see Brewer be as effective as he was against Ohio State. I suspect he’s injured, and assuming it’s his back, that’s two consecutive seasons with back injuries. But if it’s his shoulder or elbow, I personally know what those injuries can do.

So if you’re Frank Beamer you have two competing desires: 1) win now, and 2) put the program in the best possible shape for the next coach. If you think Brewer can