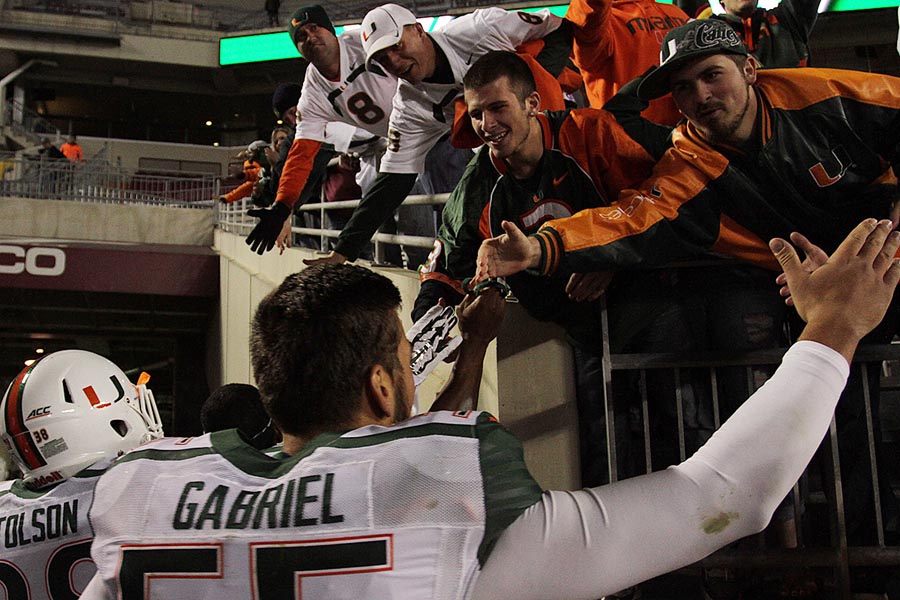 This blowout has all the potential of being remembered as a watershed game. And not in a good way.

It has been a very long time since the fans cleared out of Lane Stadium so early. I don’t remember the last time I saw such a mass exodus, leaving only the I-stay-till-the-end-no-matter-what crowd at the final whistle. It started at half time, when Miami scored late to take a 24-0 lead, and accelerated with Virginia Tech’s third fumble in eleven offensive plays with about six minutes left to go in the third quarter.

By the end, a Lane Stadium that had been rocking at the start was mostly empty and silent. And a season on the brink received a good, hard shove over the edge.

The Hokies are 4-4 now, 1-3 in the ACC, and it’s no longer arguable if they’re a mediocre team. They are. Actually, right at the moment, they’re a bad team. The only question is if the bowl streak is going to come to an end, if Frank Beamer’s 28th edition of the Hokies is going to set a record for conference losses (the record is four, in 2002 and 2012), if they’re going to notch Tech’s first losing season since 1992, and if they’re going to be the team to end Tech’s ten-game winning streak against the Virginia Cavaliers.

Let’s take a quick look at the game itself, then move on to general comments.

There is no defending the offensive game plan, play calling, and execution that we saw Thursday night. There’s only a lot of chin-scratching going on, wondering how the varied offense we saw against Ohio State has fallen so