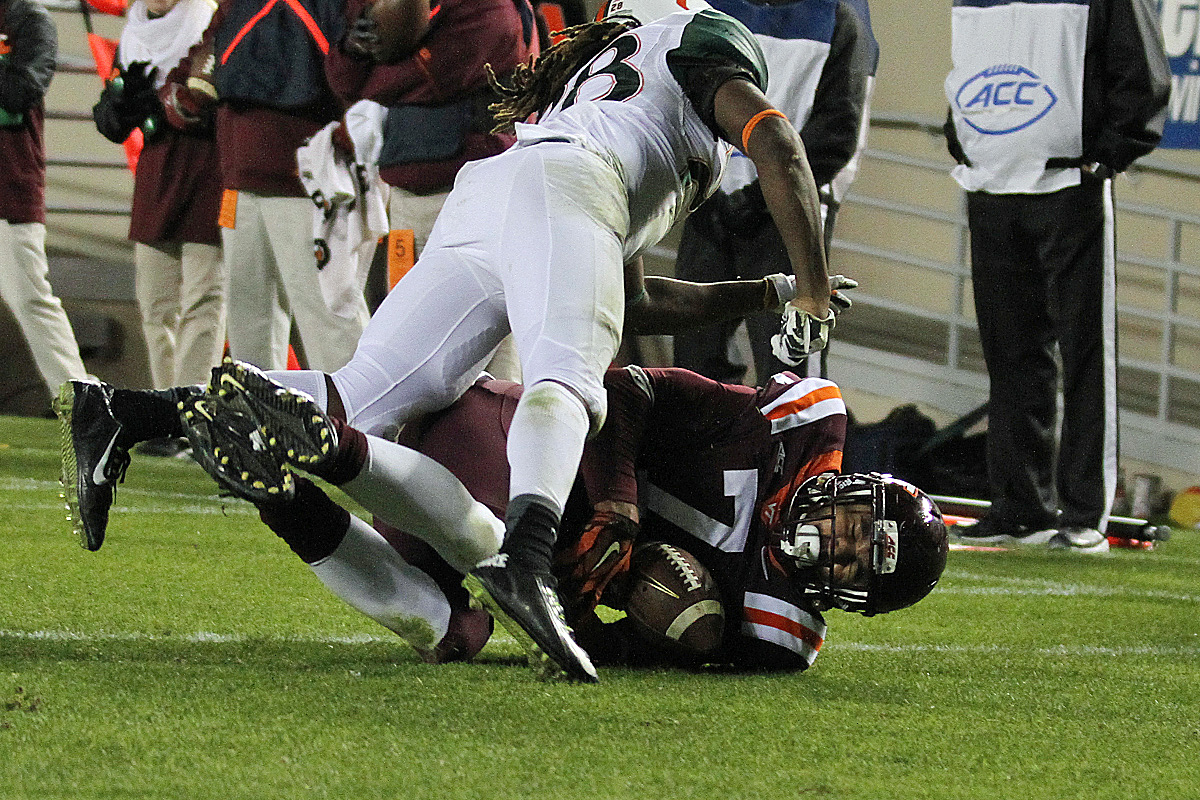 A 30-6 loss at home on a Thursday night to a then 4-3 football team that had not won a road game all year. That’s what we get to talk about today. Awesome!

I don’t have a lot to say about the game itself, because it’s never a smart idea to make broad, sweeping statements because of one game. Everybody gets blown out at some point, even really good teams. Clemson was blown out last year by Florida State, but that doesn’t mean there was anything wrong their program.

In this case, I do believe there is something wrong with Virginia Tech’s program. That’s why I’m not getting up in arms about last night’s game. I’m focused on something that is much bigger and more important than just one game.

I can sum up last night with one story.  I tailgated with a former VT player, whose brother is a Miami fan.  I saw that group after the game and congratulated the brother, and told him they earned it.  His response?

It’s hard to disagree.  That’s all I really have to say about this particular football game.  This article will be mostly focused on the program.

Several topics are popping up in my head, including ticket revenue, Jerome Wright and decision making, Scot Loeffler and yes, Frank Beamer. Let’s get started.