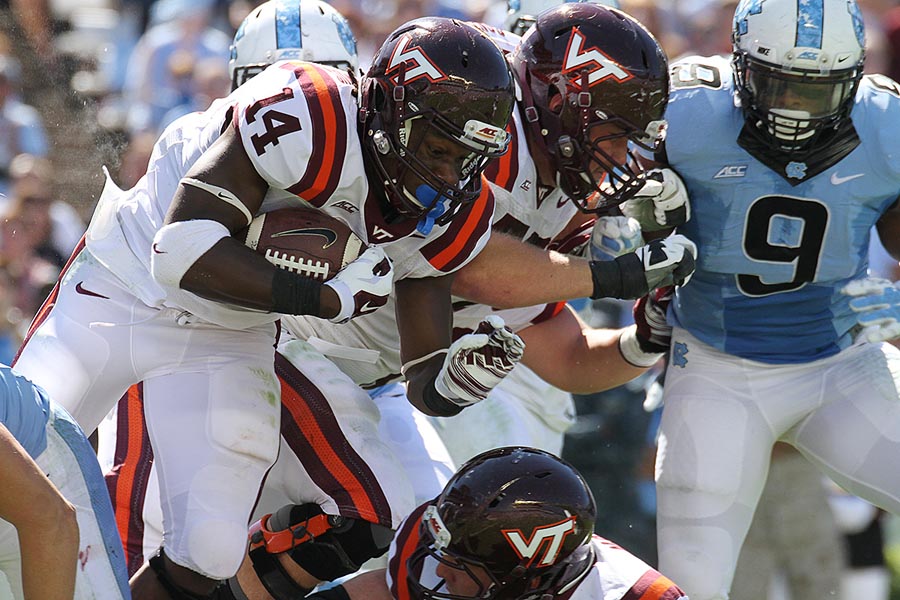 There’s something right in the world when Virginia Tech beats North Carolina in football. When the Heels turn the tables, as they did in 2009 in Blacksburg and 2012 in Chapel Hill, it’s a more crushing loss than losing to Miami, Clemson, or even Boston College.

I’d even rather lose to Duke than UNC. At least Coach Cutcliffe is a likable guy, and the Blue Devils have some underrated ballers. And as far as we know, they do things right, as the saying goes.

Not to go on and on about it, but for example, the loss to UNC in 2012 is what cemented the growing notion that there was something wrong with the Hokies that season. VT was 3-2 going into that game, and we knew something was amiss (Chris and I both picked VT to lose that game by 10+ points), but when the Heels smoked the Hokies 48-34 in a game that wasn’t even that close, the season went south for good.

What I saw Saturday made me feel better about the alignment of this little part of the football universe, the VT-UNC series. The Hokies aren’t world-beaters, but they were firmly in control of this game, and the Heels looked rudderless and lost. The talent that Butch and Blake amassed, which beat the Hokies twice in four years, is gone from Chapel Hill, and the program is declining under Larry Fedora, a handsome man with