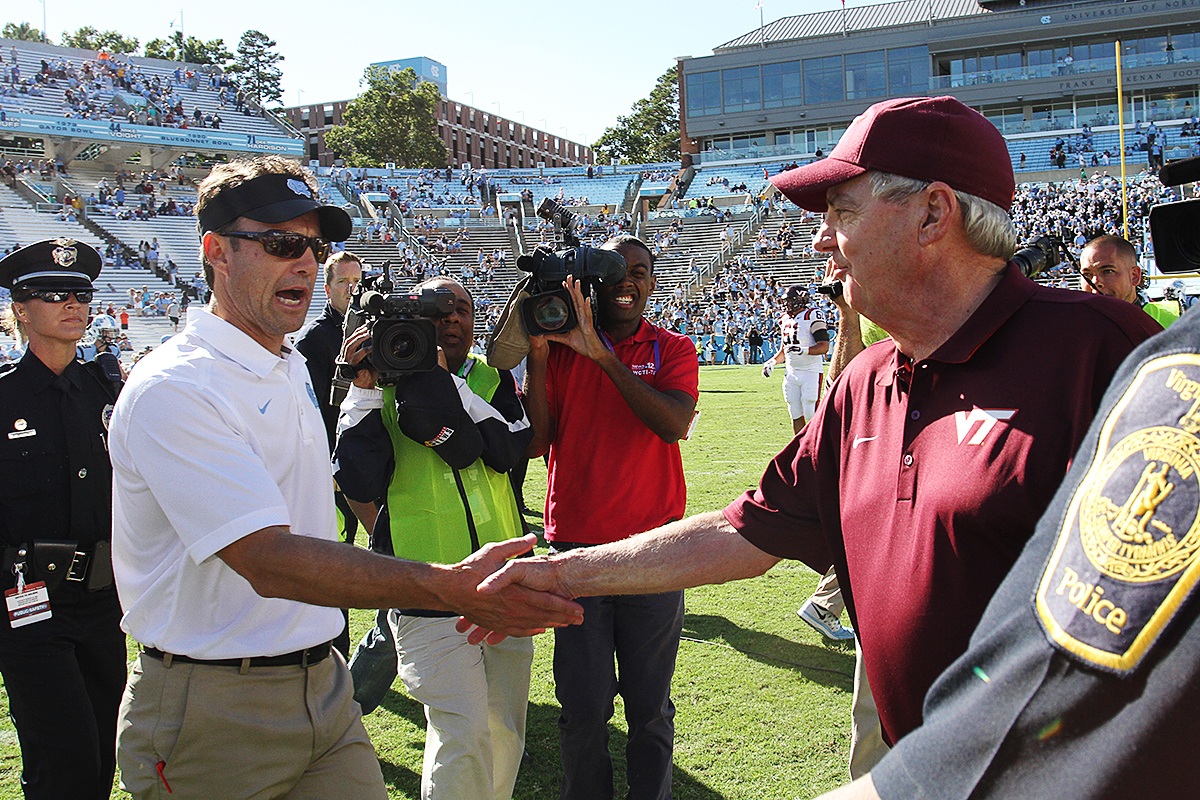 Hokies better on the road than at home?

Since the start of the 2010 football season, Virginia Tech has a higher winning percentage on the road than they do at Lane Stadium.

I ran the numbers this morning, just out of curiosity. We all know that dating back to the middle of last season, Tech has won more road games than home games. However, I was a little bit surprised to see that the overall percentage dating back to 2010 was better on the road than at home.

The Hokies are 7-1 in their last eight road games. Included in those wins are victories over teams such as Ohio State, UNC, Miami and Georgia Tech…teams that are a lot of fun to beat! Meanwhile, they are 2-4 in their last six home games, with the two wins coming over William & Mary and Western Michigan. Watching Tech games on TV have been more fun than watching them in person, dating back to the middle of last season.

The overall numbers going back to the beginning of 2010 look like this:

Four of those home wins (and one of the losses, sadly) have come against 1-AA teams.

Of those five road losses, four were consecutive during that disastrous 2012 season. Other than that, the Hokies are 17-1 in true road games dating back to the beginning of 2010. In general, Tech has been a dominant road team recently, with the exception of 2012, when they struggled to beat anybody no matter where they played.

Is there a reason for that? I’m not sure. I know we’ve had some big road