The Hokies went on the road and beat North Carolina on Saturday, knocking the Tar Heels out of the Coastal Division race in the first week of October.  Here’s how the race is shaping up…

Georgia Tech has two huge wins against Coastal foes Virginia Tech and Miami.  We need them to drop a couple of games at some point.  Preferably three games, as it’s doubtful the Hokies will make it through the rest of their schedule unscathed.

There’s still a lot of football left to be played.  I’m more concerned with how this team plays on a week to week basis than I am about the Coastal.  If we’re good enough, we’ll make it.  If we aren’t, then we won’t.  That’s the bottom line.

That being said, yesterday was a step in the right direction.  The Hokies would have been done with a second loss to a Coastal Division team.  Now they are still in the race, though they are getting more and more banged up as the season goes along.  Let’s take a closer look at yesterday’s game. 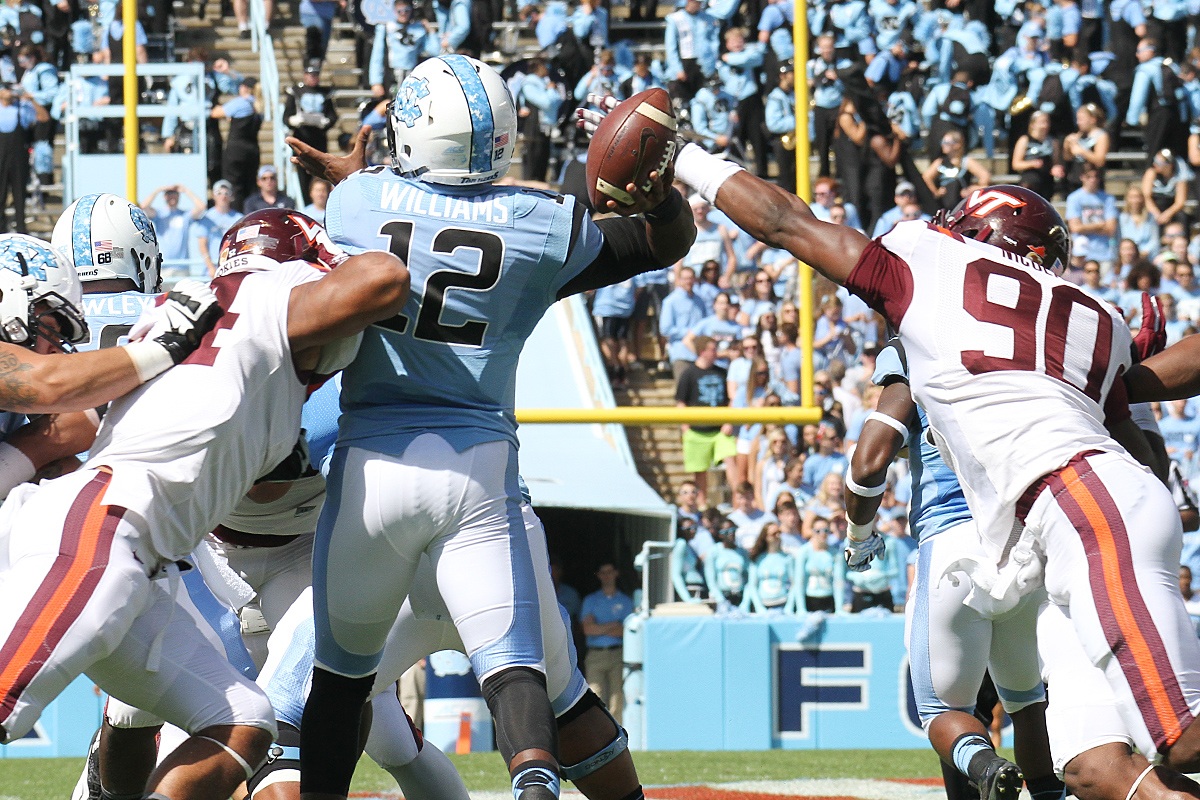 Perfect formula for the Tech defense

Virginia Tech got an early lead on North Carolina yesterday and put them into pass-heavy mode.  Especially in the second half, the Hokies knew the Tar Heels were going to be throwing the football a ton, and they pinned their ears back and got after Marquise Williams.