It’s easy to focus on the negative and nitpick everything after two losses.  Since the Hokies won a football game yesterday, we’re going to focus on the positives today for the most part.  Unfortunately the Shai McKenzie injury means we have to talk about the one big negative from yesterday’s game, but other than that, this article is going to be 100% positive. 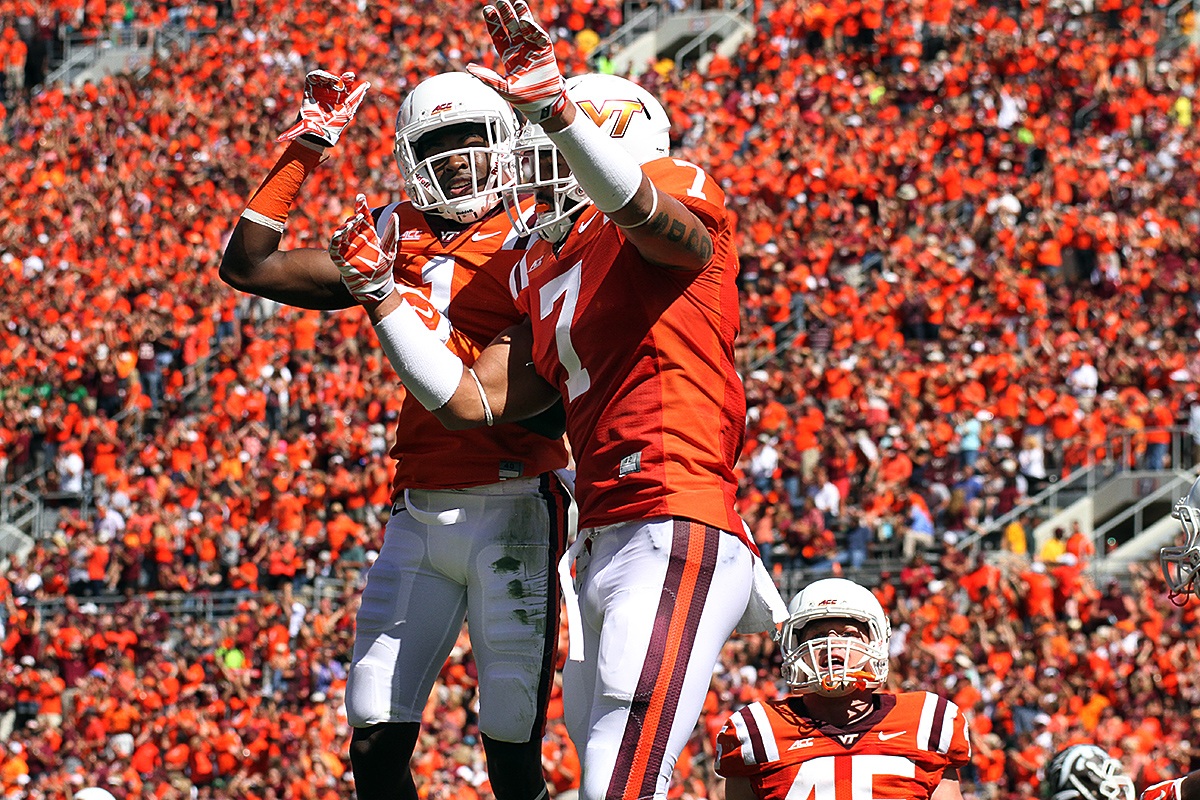 Virginia Tech is a better offensive football team through five games in 2014 than they were in 2013.  First, let’s look at the running game.  Here are how the numbers stacked up through the first five games of each of the last two seasons.

Last year, Tech failed to gain 100 yards rushing in two of their first five games (53 yards against ECU and 55 yards against Georgia Tech).  This year, their game by game rushing totals look like this…

The Hokies have failed to gain 100 yards on the ground just once so far this year, and that was in a game in which they threw the ball over 50 times because they fell behind 21-0.  It’s not consistent, and we aren’t where we want to be, but it has improved.  And remember, they don’t have Logan Thomas running the football this year from the quarterback position.

From a total offense standpoint, Tech is also better through five games than they were a year ago.