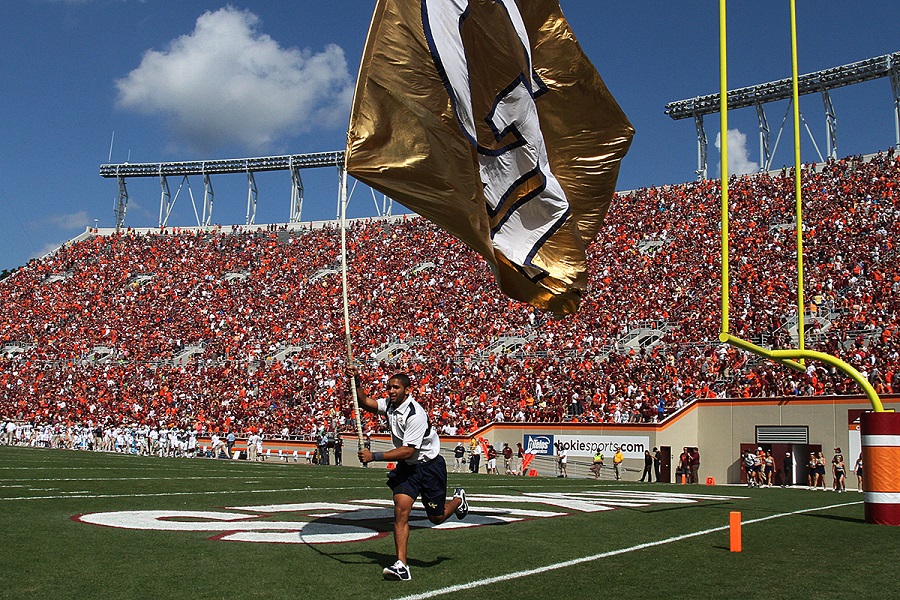 JD Howell of ESPN Radio in Blacksburg made an interesting comment to me in the press box Saturday, right after the game. He said words to the effect of, “You know, ECU was a good team that made some plays and deserved to win. Georgia Tech isn’t that good. Virginia Tech gave it to them. They didn’t deserve to win.”

Or, put a different way, “ECU came in here and won. Georgia Tech came in here, and Virginia Tech lost to them.”

This is a long way for a team to fall in just two weeks. The Hokies went from beating a very good opponent on the road, to being beaten by a very good team at home, to giving the game away against a mediocre team.

The thing about a game like this, and the issues affecting this team, is that everyone wants to talk about one part of it: the interceptions by Michael Brewer, the excessive penalties, poor red zone execution, the defensive backs getting beaten for critical gains, the poor blocking in the running game … everyone latches on to their thing that they think “caused” Virginia Tech to lose this game.

You’re all right. As individuals, you may all have a bee in your bonnet over this or that one particular aspect of the game, but the answer isn’t just one thing. The Hokies have a number of things that need correcting. Most of them are correctable in the short-to-medium term. One is not.

Did you watch Kansas State vs. Auburn last Thursday night? I did. K-State deserved to win. But they failed to take advantage of opportunities, including dropping a TD pass (that was intercepted) and missing three field goals (while Auburn made two) in a