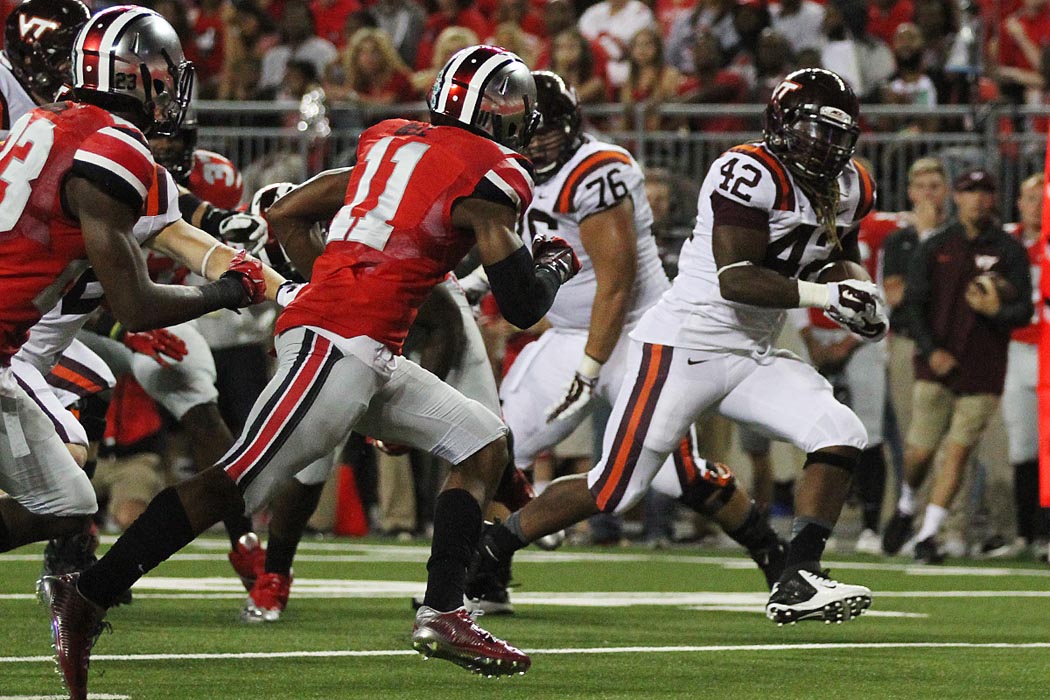 Back in July, I wrote an article that covered why I believed the Hokies should run more plays from the Pistol formation this season. Two games into the season, we’ve seen Tech run some Pistol while also running shotgun, with a few plays from under center mixed in for effect.

Virginia Tech’s running game has performed very well out of the Pistol through the first two games of the season. We didn’t see it as much against Ohio State as we did against William & Mary, but when we did see it, it was effective.

Here are the numbers for handoffs to tailbacks out of the Pistol formation through the first two games:

Against Ohio State, the Hokies were able to find some running room inside via the Pistol formation. The yards per carry of Tech’s backs were marred by several East-West style running plays out of the shotgun formation. Those type of plays weren’t likely to have any success against Ohio State, as the VT line wasn’t going to be able to hold their blocks long enough for those plays to develop.

(Note: the video is supposed to start at the 15 second mark.  If it doesn’t, please go to the proper spot manually.) However, quick hitting plays out of the Pistol with backs who hit the hole quickly don’t require the linemen