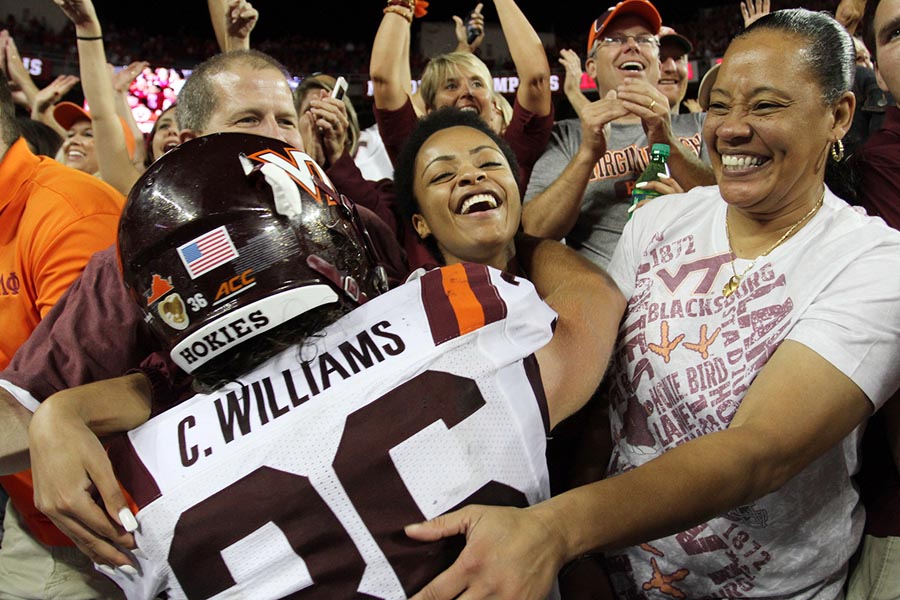 What was your major takeaway from the OSU victory, and how do you now feel about the rest of the schedule?

Tafkam Hokie: My biggest takeaway from the game is the resilience the team showed. Yes, there were a few breaks, including every booth review going VT’s way. But there were also ten penalties, three turnovers, an inconsistent running game, and OSU was able to tie the game and seize all the momentum after VT had built a 14 point lead. Yet the team refused to let the game slip away when things didn’t quite go their way.

A fast scan of the game gave me a lengthy string of examples:

•VT lost 4 yards on the first play of the game -> VT still got a First Down.

•VT threw an Interception -> Held OSU to 3-and-out, then VT had a Touchdown drive.

•OSU scored a Touchdown on a drive that included two Pass Interference penalties on VT -> VT answered with a Touchdown drive.

•OSU competed a 39 yard circus catch -> OSU did not get another First Down after that and settled for a (missed) Field Goal attempt.

•VT went 3-and-out, including having to re-punt the ball twice due to penalties, then OSU completed a 58 yard