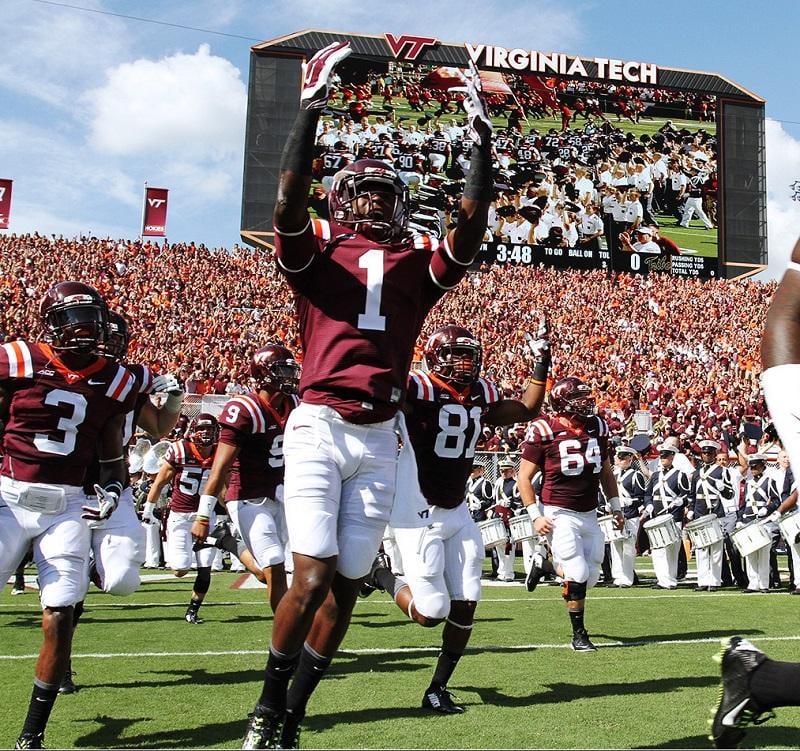 The Hokies showed a lot of encouraging signs Saturday, especially on offense.

In addition, a lot of the questions I had in the preseason were answered. Let’s dig right in, starting with the offense.

The single biggest question I had in the preseason, perhaps dating back to the announcement last spring of Michael Brewer joining the Hokies, is what sort of offense the Hokies were going to run with him.

Specifically, were the Hokies going to put him under center? His high school and Texas Tech film was exclusively shotgun. Learning the footwork, adjusting to dropping back to various depths, reading the defense while dropping back … it’s a lot to teach a guy who hasn’t done it, and more importantly, it could throw off his rhythm.

On Saturday, we got our answer. The Hokie coaching staff ran shotgun and pistol formation almost exclusively with Brewer. And boy, did he look comfortable. 76.7% completion percentage (23-30) speaks for itself. Scanning old stat sheets, that looks like the fifth highest percentage since the start of the 2006 season (10 or more attempts). Tyrod Taylor and Sean Glennon only reached that mark once each, while Logan Thomas did it twice (both against Miami, which is very Al Clark-like of Logan).

By my count, VT put Brewer under center four snaps in the game, all of