Despite the losses of Kyle Fuller and Antone Exum to the NFL, the secondary is expected to be the strength of Virginia Tech’s team this fall.  The Hokies return a lot of experience, and they have also managed to build some quality depth since the beginning of spring practice.

Torrian Gray likes to recruit versatile defensive backs who can play multiple positions.  He likes to work certain players at multiple positions during the spring so that if there is ever an injury, that player can quickly move to another position without a steep learning curve.  Tech’s defensive backfield is littered with players who have played multiple spots.

Before we get to the backups and their versatility, let’s look at Tech’s returning starters… 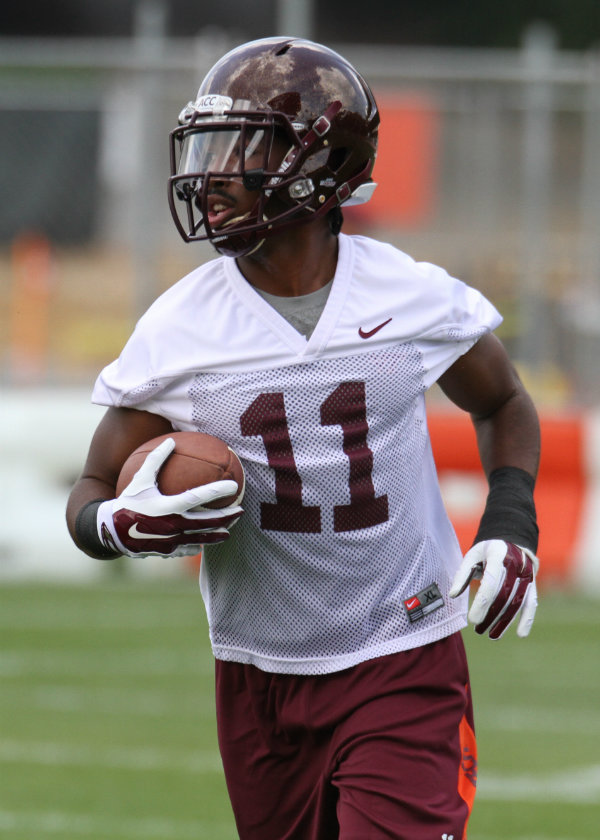 Virginia Tech has the best duo of sophomore cornerbacks in the country.  Kendall Fuller (#11, 6-0, 190, So.) and Brandon Facyson (#31, 6-2, 189, So.) were both Freshman All-Americans last season, and Fuller was named the ACC’s Defensive Rookie of the Year at the conclusion of the season.  They both put up good numbers.

Both players were instrumental in Virginia Tech’s success last season.  With Antone Exum missing basically the whole year, and Kyle Fuller missing most of the second half, both Kendall Fuller and Facyson had a big impact.  It was expected out of Fuller, who was a 5-star recruit, but Facyson was a 3-star guy who was rated just the #52 player in the state of Georgia.  He exceeded everyone’s expectations in his first season.

Facyson has been nursing a hip flexor in