The flow of information coming out of Blacksburg this August is slow, and that’s by design. There are no open scrimmages, and there have been no depth chart changes that have been released for public consumption.

That said, a little bit of information has leaked its way out. Let’s see where the Hokies stand at several critical positions after a week of practice. 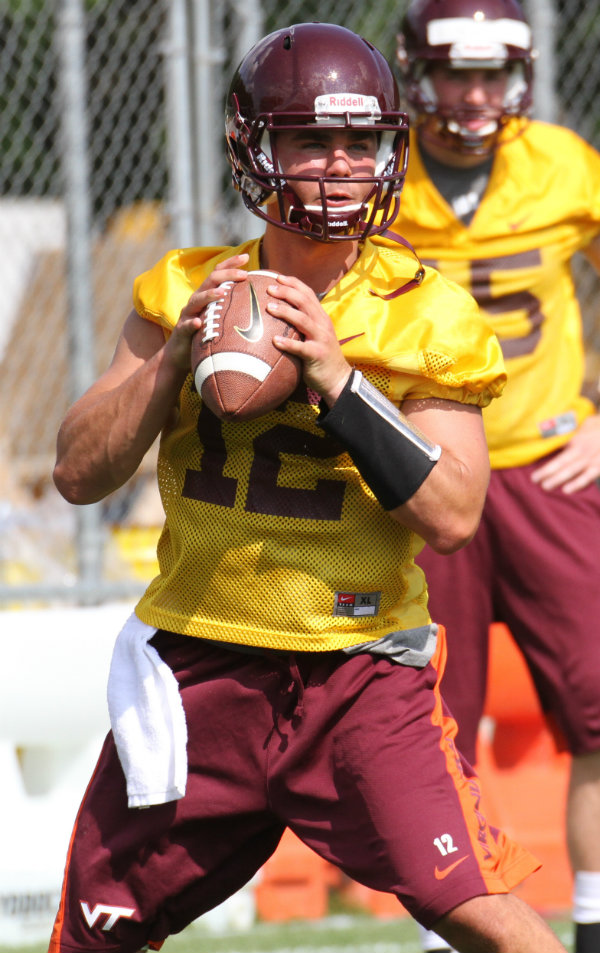 Brenden Motley (6-4, 214, r-So.) suffered a back injury almost as soon as practice began, and he has gotten very little work. Frank Beamer said on Saturday that he is hoping that Motley would be full speed by Tuesday (today). Nevertheless, missing the first week of camp is huge, and whatever kind of a lead Motley may have held coming out of spring practice is now gone.

1: He seems to be getting nearly all the reps in walk-throughs, and…
2: We heard Mark Leal (6-1, 2014, r-Sr.) threw a pretty bad pick that was returned for a touchdown in a recent practice.

Remember Leal’s Sun Bowl where he struggled to see the field and made bad decisions? If point #2 above is true, then he apparently hasn’t exorcized those demons. Scot Loeffler has made it a point to say that turnovers will be critical to the offense this year, and he isn’t about to put somebody on the field who is going to make bad decisions and throw the ball to the other team.

If Leal has a tendency to turn the ball over and Brenden Motley has missed just about the entire preseason thus far, then Michael Brewer is the guy. I think the only thing that could change that is Motley coming back today and having a really good week of practice followed by a great performance in Saturday’s scrimmage. But how likely is