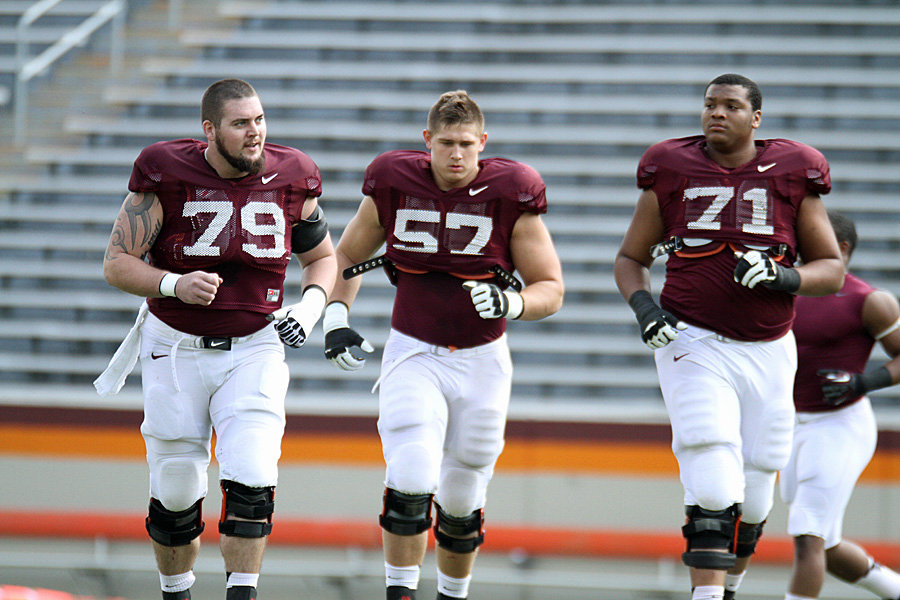 (Editor’s Note:  Three days after this article was published, it was announced that Mark Shuman is giving up football due to a torn meniscus. Click here for the story.)

Being concerned about the offensive line is not a new concept for Virginia Tech fans.  The line struggled from 2006 through 2008, and after moving forward from 2009 through 2011, it struggled again in each of the last two seasons.  Hopefully things begin to improve again in 2014.

Thanks to the addition of a couple of new, younger starters, I think the talent level has moved up.  Those two young starters, along with Laurence Gibson, won the Excaliber Award in the offseason, Virginia Tech’s highest honor in Mike Gentry’s strength and conditioning program.

Being a weight room warrior does not necessarily make a player a good offensive lineman.  He’ll need to combine that brute strength and athleticism with toughness and technique.  However, the Hokies haven’t had an offensive lineman win the Excaliber Award since Brandon Frye did it way back in 2006, and getting blown off the ball has been