Last season, Virginia Tech had just one reliable pass catching tight end, and that was a true freshman who had played just one year of high school football while split out as a wide receiver. When you consider that, it’s pretty remarkable what Kalvin Cline was able to do last season.

Still, the Hokies need more production from that position. Fortunately they have talent and experience at the position.

The Hokies will also add a talented r-freshman (Bucky Hodges) to the mix. No matter whether you view this position as a strength or simply not a weakness, you have to admit that Tech is in much better shape this year than they were a year ago. 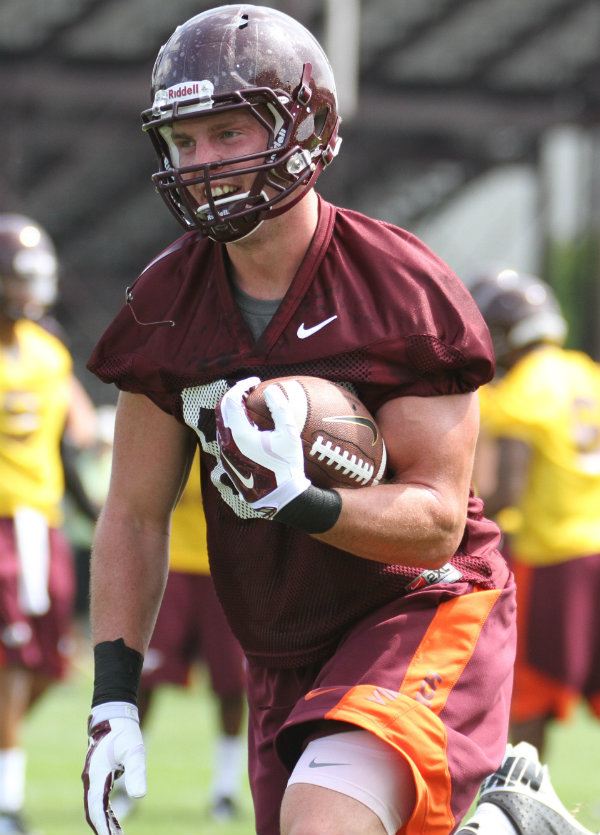 Malleck started at tight end as a true sophomore in 2012, but he suffered a shoulder injury in the 2013 preseason that forced him to miss all of the season. He caught 17 passes for 174 yards in 2012, despite playing in an offense that didn’t feature the tight end very much.

Scot Loeffler planned his passing game around Malleck in 2013, which shows how much confidence Tech’s offensive coordinator has in him. He projected Malleck to catch between 60 and 70 passes, and while that’s probably an exaggeration, it is pretty clear that Loeffler was relying on him to be the major pass catching weapon of the Tech offense. After Malleck’s injury, Loeffler and his staff had to completely redo the offense in the middle of the preseason.

My one concern about Malleck is whether or not he has regained all of his upper body strength after his shoulder surgery. If