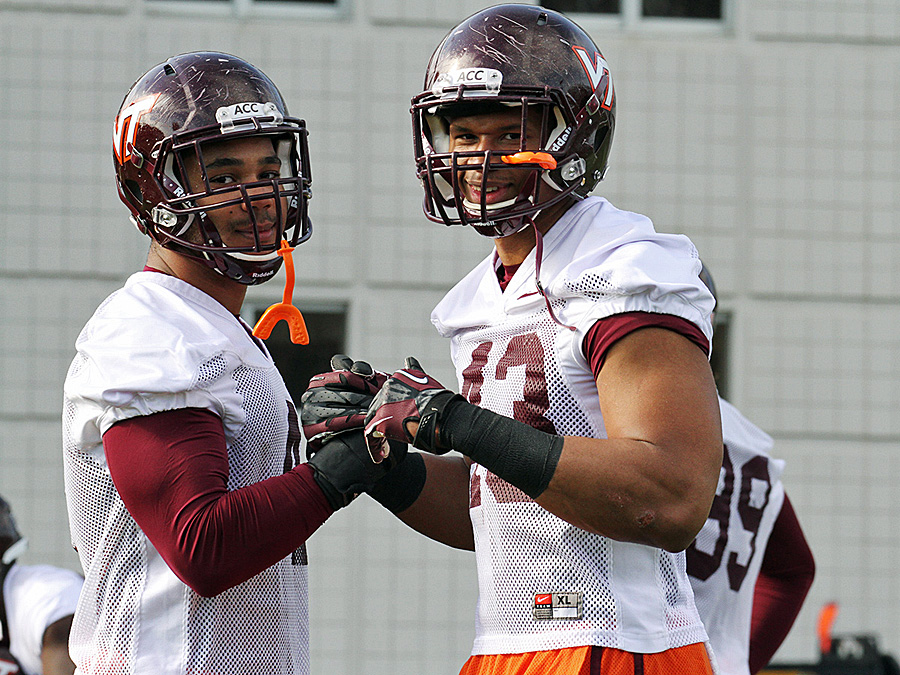 Virginia Tech lost a ton of defensive end talent, experience and depth following the 2013 season. I don’t need to go into details in long paragraphs. The numbers themselves will suffice.

Those three guys combined for 4,229 defensive plays over the last three seasons. That’s a ton of football. Meanwhile, here are the career defensive snaps for Virginia Tech’s returning defensive ends:

Ouch. That’s less than one full season for guys like James Gayle and JR Collins, and unfortunately nearly all the snaps come from one player. Not only are the starting defensive ends questionable, but the depth behind the starters is even more concerning.

Here’s a quick look at the returning defensive ends.