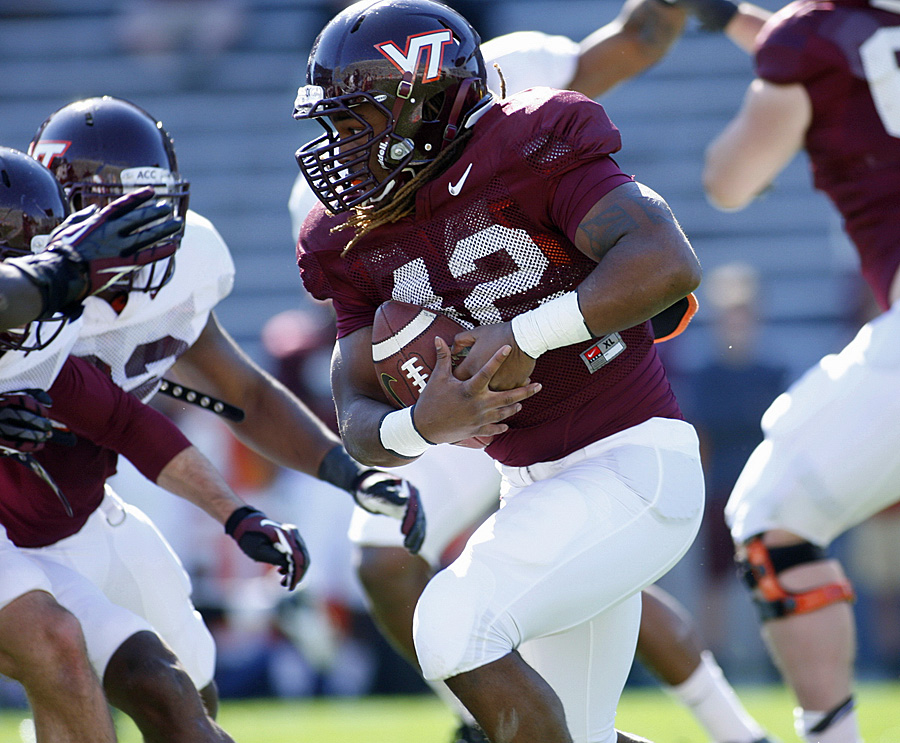 1: Beamer mentioned Marshawn Williams’ weight gain. Did William’s freshman 15 turn into the freshman 30? 40? Have you seen Marshawn lately? How heavy does he look? VT athlete dorm table too good?

Yes, the scuttlebutt says that Marshawn Williams came back overweight. I haven’t seen him, and I doubt I will until the first day of practice, unless I randomly see him around town between now and then. Heights and weights will be released a day or two before practice begins, most likely. No accurate info will come in on Marshawn until then.

At Marshawn’s age, a lot of people begin to fill out their frames. That’s natural. Add to that the fact that Virginia Tech is known to have the best on-campus food in the country, and it makes sense that Williams might be a bit overweight. I’m going to take a wild guess and say that he’s not the only one.

I don’t think Marshawn Williams has a work ethic issue. He never had that reputation in high school. He might have a bit of a college adjustment issue, but that doesn’t make him unique. He might be the type that will have to do more cardio than everyone else to keep his weight down.