Today we’ll move forward with the fourth round of our VT hoops draft.

Will Stewart selected last in the third round, and because this is a snake draft, he will pick first in the fourth round.  Though there are still good value picks remaining, there really isn’t any star power left in this draft.

Fourth Round, Pick One – Will Stewart

My fourth pick:  I’ll take true-point Al Young for $1 (thus making Malcolm Delaney my shooting guard).  Al was an excellent passer (4th all-time in assists) and defender (6th all-time in steals), and most importantly, he is a selfless player is not going to take shots away from Bristow, Delaney, and Matthews. He’s all about setting the other guys up. He was a poor FT shooter, but Delaney will get the ball at the end of the game for me, anyway.

With my pick, I choose Reggie Steppe ($2).  Steppe will run the point for my team, and Zabian Dowdell will play off the ball.  Steppe is #8 in school history in steals (197) while Dowdell is #3 (241).  I feel like those two guys, along with the athleticism and versatility of Deron Washington, will give me an outstanding defensive basketball team.  I only have one spot left, and it will either be a power forward or a small forward, depending on who is available. 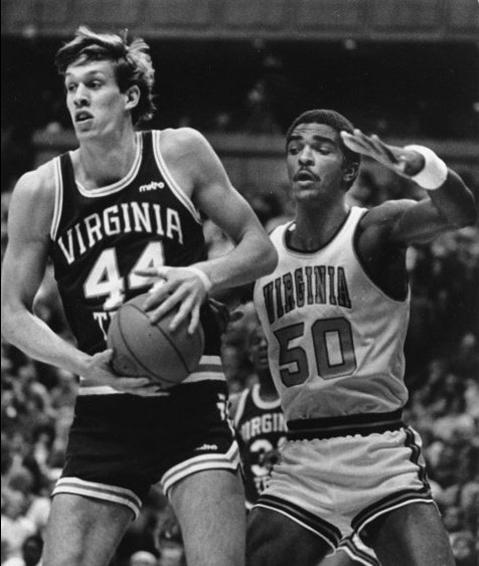 Poor Chris Smith, this is going