Virginia Tech used to block a ton of kicks. In fact, they blocked so many kicks that every time you turn on a VT game, we are treated to a graphic telling us exactly how many kicks Virginia Tech has blocked under Frank Beamer, a description of “BeamerBall,” etc. For me, those numbers stopped being a source of pride several years ago. Now they’ve just turned into a reminder of yet another thing the Hokies don’t do particularly well anymore. 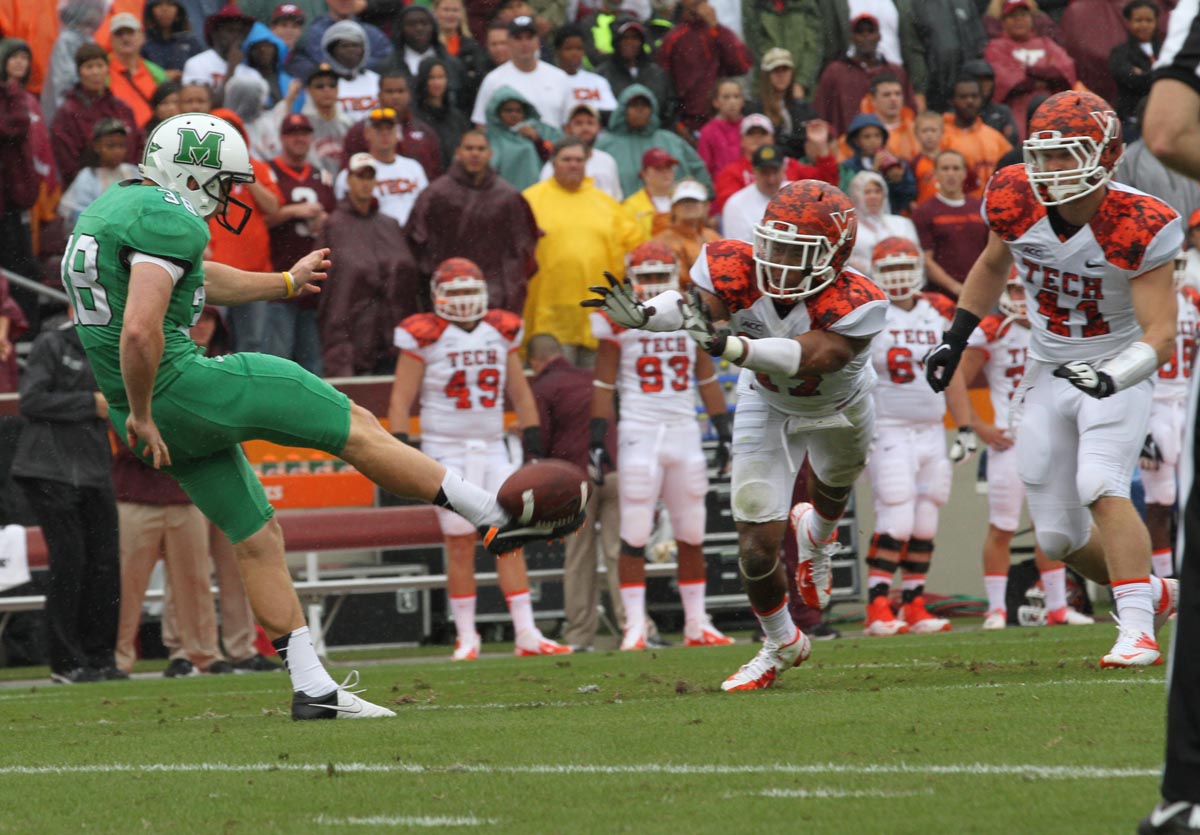 It’s pretty common knowledge that Virginia Tech doesn’t block very many kicks anymore. Even when the Hokies do block a kick, it generally seems to be against a 1-AA team in a game that has already been decided.

Here are Tech’s blocked kicks by season, dating back to 2004:

First, let’s enjoy one of the best blocked kicks of the ACC era: