Yesterday we took a look at Virginia Tech’s special teams coverage numbers of the last 10 years.  Today, we’ll move on to the return game.  Which Hokie teams have been the best at returning kickoffs and punts in the ACC era? 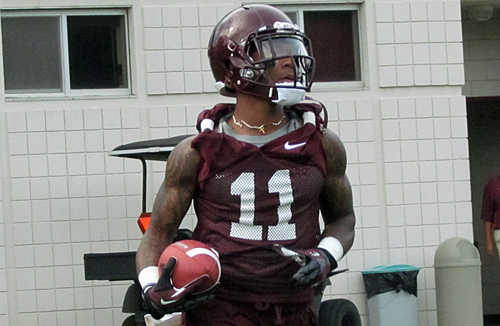 Here’s how the kickoff return numbers have shaken out since the beginning of the ACC era.  Also included are the primary returner(s) in parentheses.

I’ll be the first to say that kickoff return numbers can be skewed.  The NCAA moved kickoffs from the 30 to the 35 yard line in 2012, which changed the dynamics between coverage teams and return teams.

Something else that skews the stats: in some years there are more onside kicks and squib kicks than others.  Here are the kickoff return numbers from 2008:

Obviously Chris Drager and Devin Perez would never return a real kickoff, so those three returns for a combined 13 yards hurt the overall average.  Dyrell Roberts, the primary kick returner, was very good with a 24.8 yard average.