Here’s a list of the most recent running backs selected in the first and second rounds:

2014: Bishop Sankey, Washington (2nd Round, #54 overall), Jeremy Hill, LSU (2nd round, #55 overall), Carlos Hyde (2nd round, #57 overall).  Overall, there were seven backs taken in the first three rounds of the draft, and that includes backs from Towson and Georgia Southern. 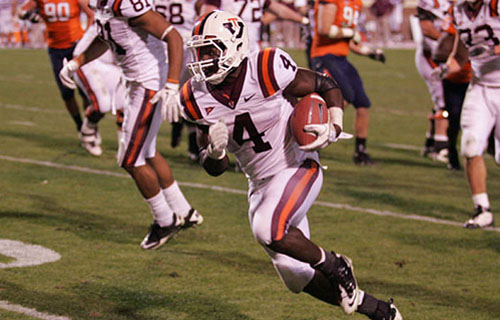 The overall number of running backs taken in the first three rounds is pretty similar every year.  However, there hasn’t been a running back picked in the first round since David Wilson, and two drafts have come and gone since then.  Judging how those first and second round backs from the 2012 NFL Draft have fared, I can hardly blame NFL GMs and coaches.

Trent Richardson: 1,513 yards, 3.3 yards per carry.  Richardson has proven to be nothing resembling a #3 overall pick