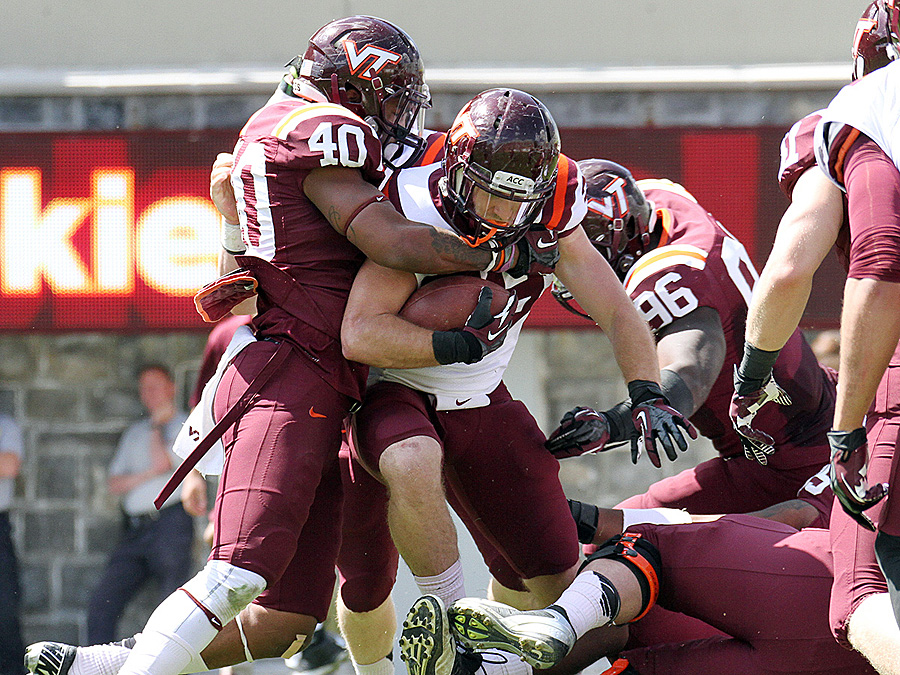 1: What is the deal with Deon Clarke losing a year?

Chris Coleman: I think Virginia Tech tried to pull a fast one on the NCAA and they aren’t getting away with it. Deon Clarke played as a true freshman in 2012C through Tech’s first three games of the season, and according to his HokieSports.com bio, he was then injured and applied for a medical hardship waiver.

However, Clarke wasn’t actually injured enough to miss the whole season. He said so himself to the media in the spring of 2013, and I was there to record it.

“We had a good lineup,” Clarke said while smiling and laughing. “They wanted to play me, they tried, but after the first two games they just didn’t want to waste a year. So they just said they were going to redshirt me and save it.”

“I couldn’t tell you,” Clarke said. “I really don’t know. I got a shoulder injury, but other than that I’m fine. But they just wanted to save it [the year], and I had already played, so…”

As far as I can tell, Clarke did have a shoulder injury, but it wasn’t severe enough for him to miss the entire season. He never had surgery. However, Tech decided after a few games that they didn’t want to waste his redshirt year on a special teams role, so they decided to use his shoulder as an excuse to get a medical redshirt. Clarke was there laughing and joking about it that day, so I think he has a pretty good idea about what the coaches were trying to do.

I have no idea if the medical hardship