Today we’ll take a look at the risers and fallers of the spring on the defensive side of the ball. Hint: it was really difficult to find any fallers on defense. Everyone seemed to steadily improve across the board, and if anyone gave any ground, it was due to injuries. 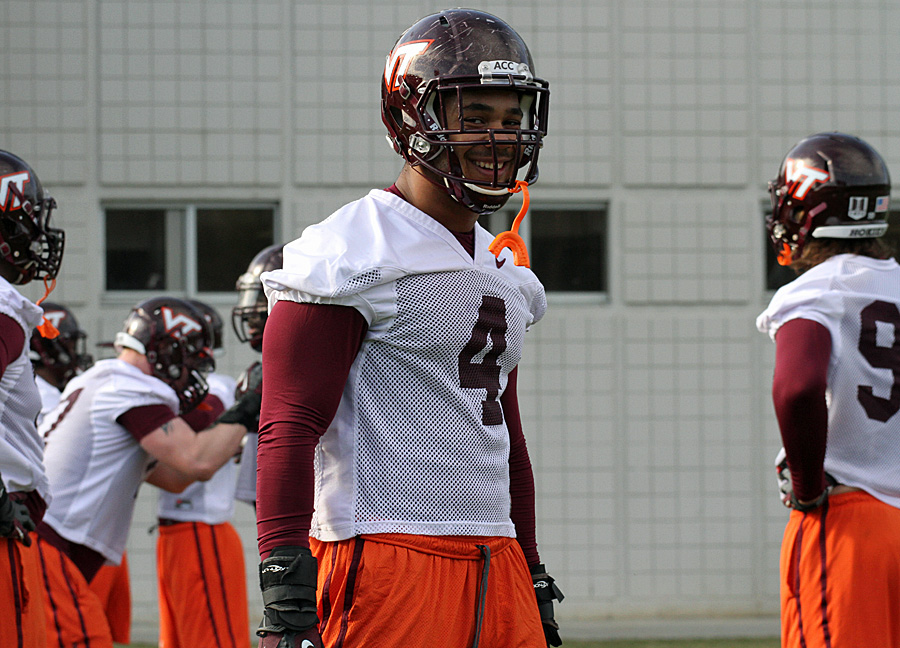 Virginia Tech got very good defensive line play from their starters this spring, and it’s tough to pick between a couple of guys as the “riser.” I’m going with Ken Ekanem (6-3, 245, r-So.), who locked down a starting spot at defensive end after being banged up his first two seasons in Blacksburg.

Ekanem was a highly-touted recruit with offers from Michigan, Michigan State, Notre Dame, Oregon, etc. However, he tore his ACL as a senior, took a redshirt year, and then suffered through hamstring injuries as a r-freshman. It wasn’t clear that he still possessed the athleticism and fluidity to start at the ACC level, but he answered that question with a resounding yes this past spring. He is a definite starter in 2014, and he separated himself from the pack.

Just by virtue of his absence due to injury, Woody Baron (6-1, 264, So.) will have some work to do at defensive tackle. Wade Hansen (6-6, 291, r-Jr.) did a nice job this spring, and he looks like he’ll be able to provide depth along with Nigel Williams (6-2, 289, r-So.). True freshman Vinny Mihota is also up to about 260, according to Charley Wiles on BeamerBall.com, and he actually ended the spring in a tie with Wade Hansen. Baron was in the two-deep last season, but he missed the entire spring, and he’ll have some competition when he returns.