Each spring, there is a player at each position who steps up to either earn a starting job, or earn more playing time. Today we’ll take a position-by-position look at the team and determine the one player at each spot who most helped himself throughout the spring.

Conversely, we’ll also look at the guys who went in the opposite direction during the course of spring ball. Today we’ll start with the offensive side of the ball, and tomorrow we’ll move on to the defense. 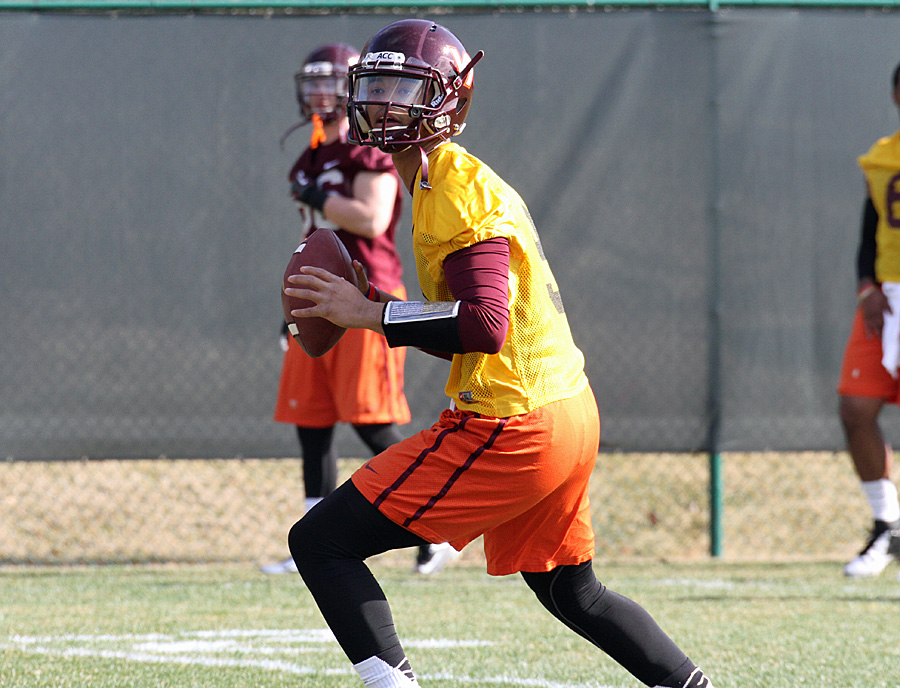 Without a doubt, the quarterback who helped himself the most this spring was Christiansburg native Brenden Motley (6-4, 219, r-So.). Motley began the spring as the #2 quarterback on the depth chart, but passed Mark Leal midway through the spring.

Except for one interception on a Hail Mary before halftime of the Spring Game, Motley did not turn the ball over in any of the spring scrimmages. He has good running ability, and Scot Loeffler even put in some speed option plays during the spring to take advantage of his athletic ability. Motley still has a way to go as a quarterback, but he’s come a long way since his Wing-T days at Christiansburg High School. I feel like the battle for the starting quarterback position will be between him and Texas Tech transfer Michael Brewer.

If Motley was the biggest winner at quarterback this spring, then that means Mark Leal (6-1, 218, r-Sr.) fell down the depth chart. He has less physical talent than Motley, and he has shown more of a tendency to turn the ball over. Right now, I think he’s the #3 guy.