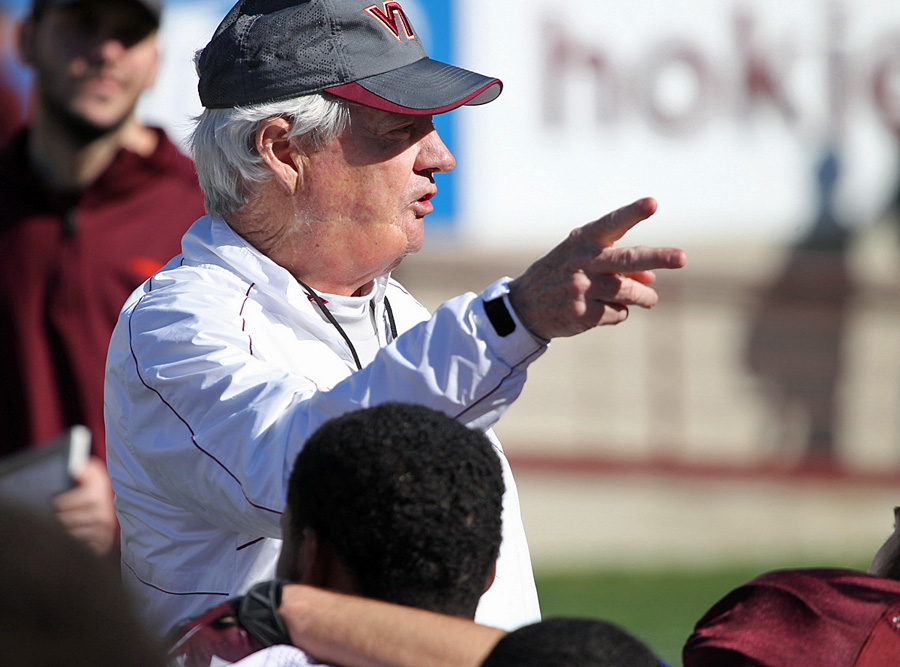 Chris Coleman: In the first Spring Game I attended (1999), it was first team vs. second team, and the second stringers were spotted 17 points or so. However, that format morphed into splitting the starters in half, and I didn’t like that format at all.

While the Spring Game is entertainment for the fans, it should be treated as an opportunity to get better by the players and coaches. Splitting the starting offense in half between two teams limits your ability to get better. For example, if the Hokies split their starting offensive line in half tomorrow, we could find walk-on Marcus Mapp in the starting lineup for one of the teams if Alston Smith and Augie Conte (injuries) can’t play.

When the season begins, Laurence Gibson and Caleb Farris won’t be zone blocking next to Marcus Mapp, and J.C. Coleman and Marshawn Williams won’t be running behind him either. The coaches should put the guys they expect to be on the field this fall on the field together for the Spring Game. All the mixing and matching we saw in the past was pretty pointless, I think.

Last year, we saw the format go back to the starters vs. the backups, and the backups were spotted points (and went on to win the game, thanks to three Logan Thomas interceptions). That’s less entertaining, because it’s boring to watch the starting defense demolish the backup offense