Extra depth is giving some of Tech’s coaches more options this spring. Torrian Gray and Bryan Stinespring are in a much better position this year than they were in 2013. So is Shane Beamer, though Shane also has the disadvantage of perhaps having too many bodies. 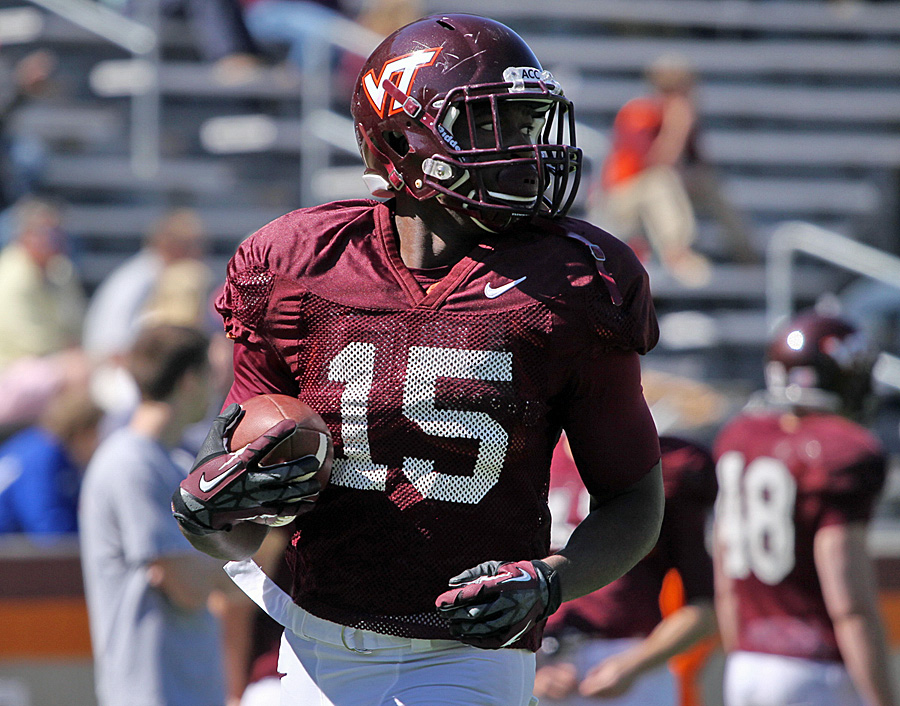 Earlier this week, Virginia Tech’s depth chart on HokieSports.com was updated to reflect changes at the running back position. Here’s what the current two-deep looks like:

What about Jerome Wright (6-2, 224, So.)? Wright is listed as the #2 fullback, so does that mean he is out of the tailback competition? Absolutely not. Wright was still getting carries at tailback after this depth chart was released. He is still very much in the competition. That’s why it never does anyone much good to pay too close attention to the depth chart during the spring.