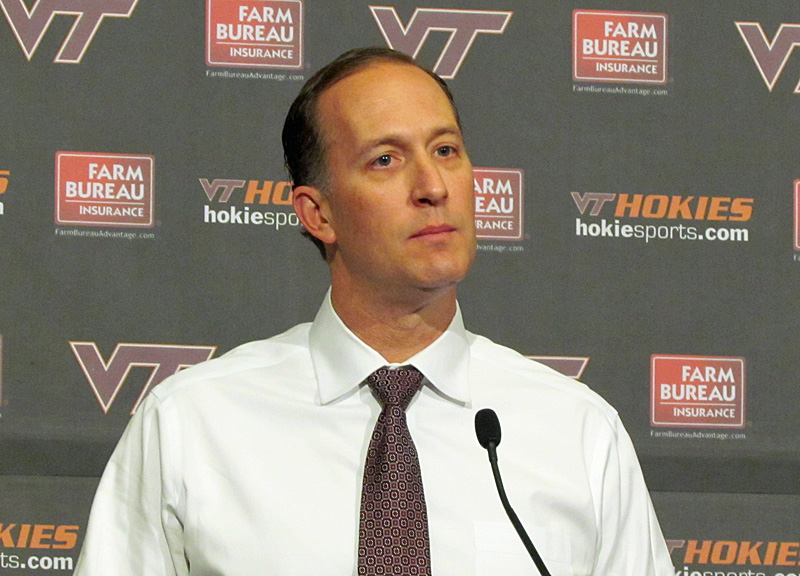 1) Realistically, when is the next basketball coach announced?

Chris Coleman: Between now and the end of the Final Four. That’s the best answer I can give you. If Whit Babcock finds a guy next week who he feels is the perfect fit, he might end the search right then and there. But it might not happen until the next week, or perhaps the week after.

Most of Virginia Tech’s coaching targets are playing postseason basketball, and those coaches won’t be able to interview with Whit Babcock until they are eliminated. Donnie Tyndall and Mike White’s teams are still alive in the NIT, and there could be coaches in the NCAA Tournament that Whit Babcock wants to pursue as well.

Of course, Tech might also be interested in some guys who aren’t in the postseason. The hot name is Buzz Williams. His Marquette team is not in the postseason this year after five straight years of making the NCAA Tournament, including an Elite Eight last year. The Eagles had a winning record, but declined a CBI bid. If that’s the case, then a guy like Williams could have interviewed already, or will perhaps interview soon.

The bottom line is that Babcock will want to interview multiple candidates. If a rumor comes out that Coach X has interviewed for the VT job, that doesn’t mean he is the #1 choice. It just means that he was available to interview before Coach Y, because Coach Y’s team is still playing postseason basketball.

I think Tech’s coach will probably be hired within the next 10-14 days, but Babcock said that the search could go all the way up through the Final Four. There’s really no great hurry. Babcock knows that this is a very important hire, and he will want to take his time to get it right.

2) One of my pet peeves is hearing how “Virginia Tech is a football school.” Do