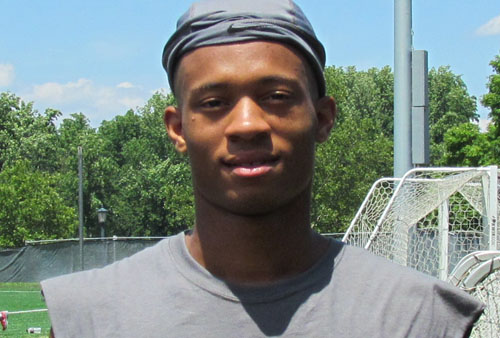 Shawn Payne comes from a winning program.  He won the State Championship at L.C. Bird as a junior and senior.  He earned a Virginia Tech offer after an impressive showing at one of Tech’s prospect camps last summer, where he worked with Torrian Gray quite a bit, and Gray eventually extended the scholarship offer.

Payne has the length, size and athletic ability to play on either side of the ball in college.  His strength was not an issue at the high school level, but he will need a couple of years with Mike Gentry to put on the required muscle mass before he’ll see the field at Virginia Tech.  Right now, the Hokies like him as a defensive back.  However, with so many young defensive backs in the program already, the secondary is very crowded.

Tech thinks Payne might be able to play cornerback, but that’s hard to imagine with his size.  There aren’t too many guys like Jimmy Williams who are able to play cornerback at that height.  I think free safety, rover or whip would be his best positions on defense.  However, Tech already has guys like Holland Fisher, CJ Reavis and Travon McMillian, not to mention young guys in the program like Der’Woun Green, Chuck Clark and Anthony Shegog.  Those guys are safety type prospects, so I think Tech might slot Payne at cornerback at first.  If they don’t feel like he can do the job there, then they could move him to another spot in the secondary, or to wide receiver.

It is very tough to get a feel for Payne as a defensive back based on his Hudl highlight film.  It doesn’t focus on him until the ball arrives at the receiver,