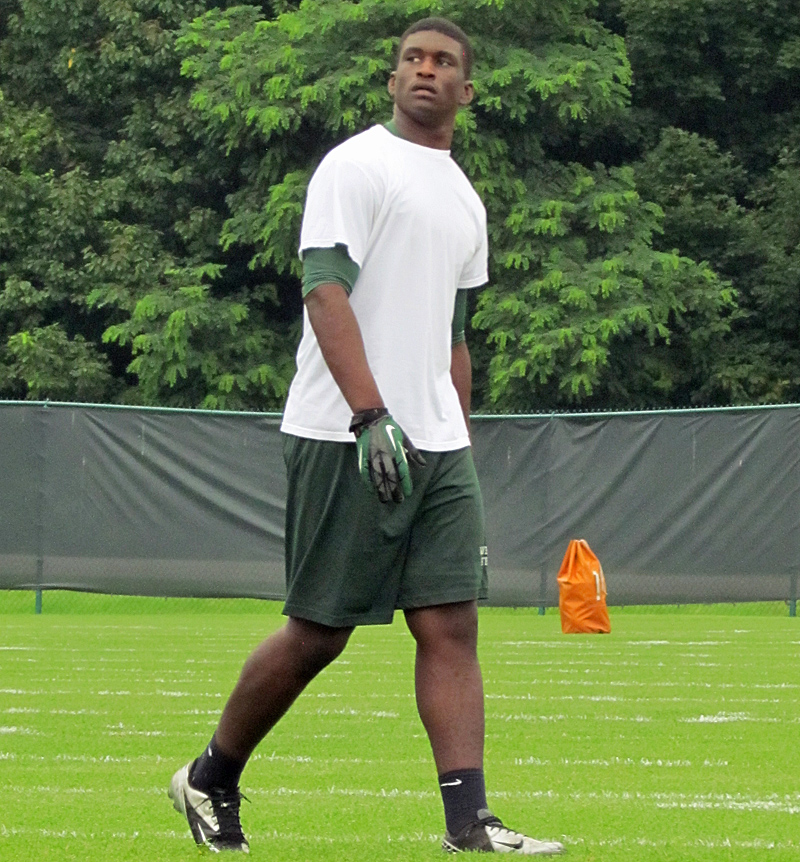 4-star South Carolina defensive end Michael Barnett decommitted from Virginia Tech yesterday.  Although he says the fact that he recently got an Alabama offer has nothing to do with his decommitment, it’s not a coincidence in my opinion.

I took a look at Michael Barnett‘s Twitter feed today.  He’s got fans of schools coming at him from all over.  There are NC State, Alabama, Clemson and Virginia Tech fans encouraging him to take his time and make the right decision, while also letting him know that their own school would be his correct decision!  He’s retweeting a lot of the comments, and in general seems to be enjoying the process.

Barnett is going to string a lot of people out between now and the time he makes his final decision.  Not because he’s a bad person, but because of several other factors.

1: People get emotionally wrapped up in individual recruits.  They can’t help it, and they are pushed into that mode of thought by