Today we’ll continue our look at Virginia Tech’s returning personnel for 2014 by focusing on the wide receivers.

I don’t think any coach on the Tech staff got more out of his players in 2013 than first-year wide receivers coach Aaron Moorehead.  The group lacked playmakers, but Moorehead and Scot Loeffler were able to devise a passing game that put the players in the best position to succeed.

The best example is Willie Byrn.  Byrn isn’t going to blow by cornerbacks, or beat defenders in the air for jump balls.  However, he’s a good route runner, and he’s got a nifty juke move that can make defenders miss in a one-on-one situation in the open field.  They found a perfect role for him as a slot receiver, particularly on crossing routes, and he was especially effective as a third down receiver.

D.J. Coles departs, but every other receiver on the team is eligible to return.  Here’s a breakdown of the returning scholarship players…

The bodies are there, and there is plenty of experience at the top of the depth chart.  There is also room for a playmaker or two to emerge and steal playing time, if any such playmaker exists.  Let’s take a look at each of the returning players… 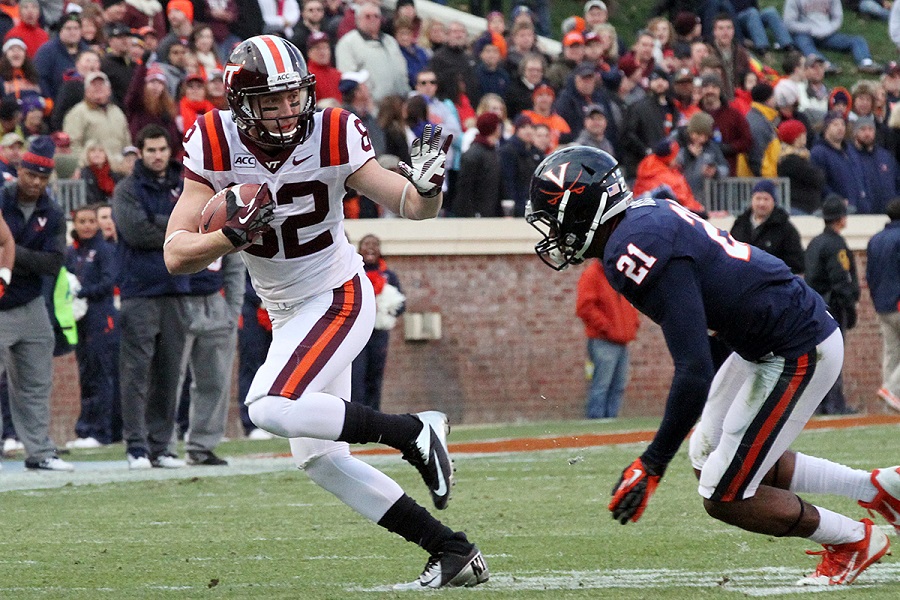