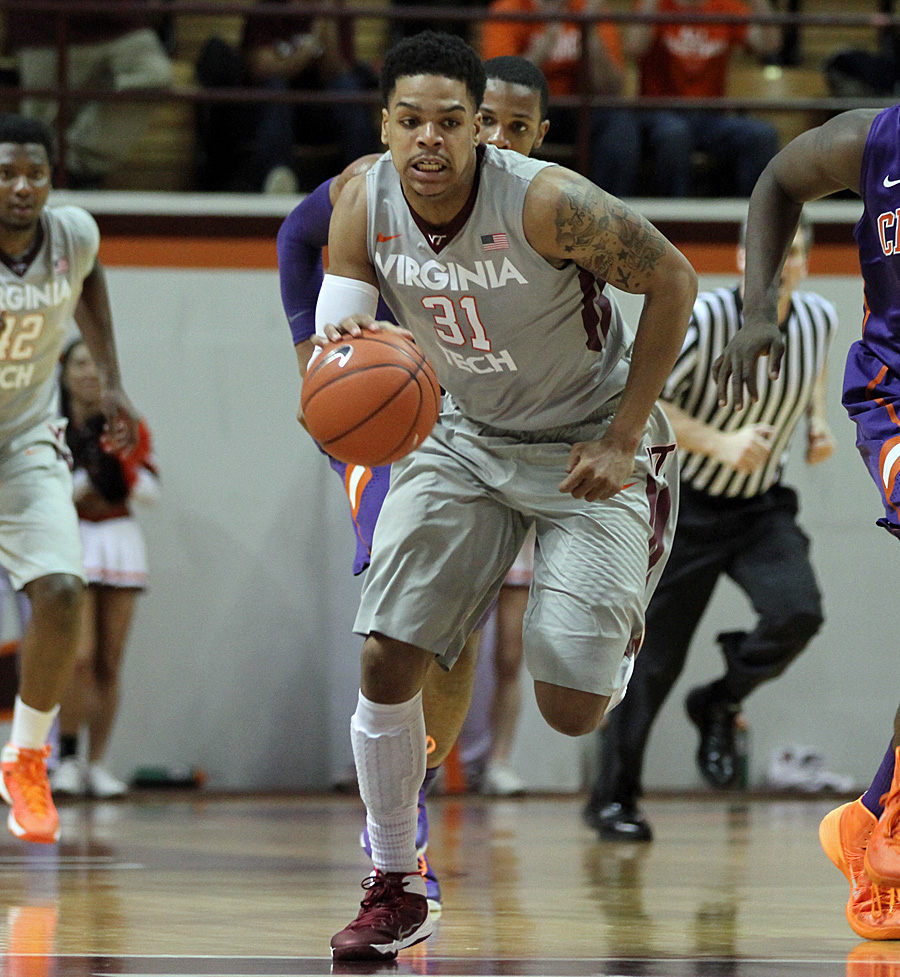 Jarell Eddie is what he is

Jarell Eddie is not in a slump.  He’s not struggling.  He’s simply not good enough to be a team’s #1 or #2 scoring option.  He’s a guy who can make spot up three-pointers, but who struggles to put the ball on the floor and create his own shots.  For most ACC teams, he would be the #3 or #4 scoring option.  For the Hokies, he’s been forced into the #1 role, and he’s not talented enough to get it done.

Looking at all the ACC games last year and so far this year, Eddie’s numbers have been a disaster…

Those numbers are for the 18 regular season ACC games last season, plus the ACC Tournament loss to NC State, as well as the first four ACC games of this season.  That’s 23 total games, so I believe that’s enough evidence to clearly indicate that Eddie isn’t suited for the role of #1 scorer.  It forces him to try and do too much.

Ideally, Eddie is suited for the Terrell Bell role.  He shouldn’t be asked to do a lot offensively.  He should be spotting up and knocking down 2-3 open three-pointers per game as Virginia Tech’s #3 or #4 scoring option.  He shouldn’t have a very big load on his shoulders.  Bell was a guy who rebounded, defended, and knocked down open three-pointers.  He didn’t have a huge offensive role.  Eddie should be a similar player.

Unfortunately, that’s not possible this year.  There is no Malcolm Delaney or Jeff Allen to take