I was disappointed, though not surprised, by Virginia Tech’s 30-point loss to VCU on Saturday in Richmond.  From a matchup perspective, the Hokies should have gotten blown out, and that’s exactly what happened.  The Rams came into the game #1 in the country in forced turnovers, while Tech was one of the worst teams in the nation in protecting the ball.  That’s exactly what we saw on Saturday, as VCU was +20 in turnover margin.

I thought the Hokies would lose by 20-25 points, so I wasn’t surprised by the blowout.  I didn’t think it would get that ugly that quickly, though.  Anytime you get blown out like that by an in-state team from a smaller conference, it really makes you think.  Saturday’s game exposed the problems that we knew existed (even the staunchest of PATTs thought this was going to be a long season).  On the other hand, there’s no reason to cling onto one game like I feel many fans are doing with the VCU game.

These are the topics the VCU game made me think about.  They range from a 2004 game in New Jersey to Christian Beyer’s rebounding prowess. 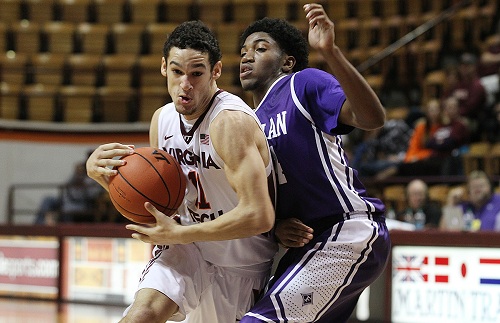 A trip down memory lane: the 2004 smackdown at Rutgers

On February 15, 2004, in the middle of Seth Greenberg’s first season as Virginia Tech’s head coach, the Hokies were thrashed on the road 85-52 by a very mediocre Rutgers team.  The Scarlet Knights went on a 30-0 run after the Hokies took a 3-2 lead.  Sound familiar?  On Saturday, VCU went on a 31-0 run after VT took an 8-6 lead.

There are other similarities as well.  The Hokies started two freshmen in the backcourt in each game: Jamon Gordon and Zabian Dowdell back in 2004, and Devin Wilson and Ben Emelogu on Saturday.  Gordon and Dowdell combined to go 3-of-15 from the field in 2004, while Wilson and Emelogu combined for 13 turnovers on Saturday.

At that point in the season,