Give your final regular season report card for the team. 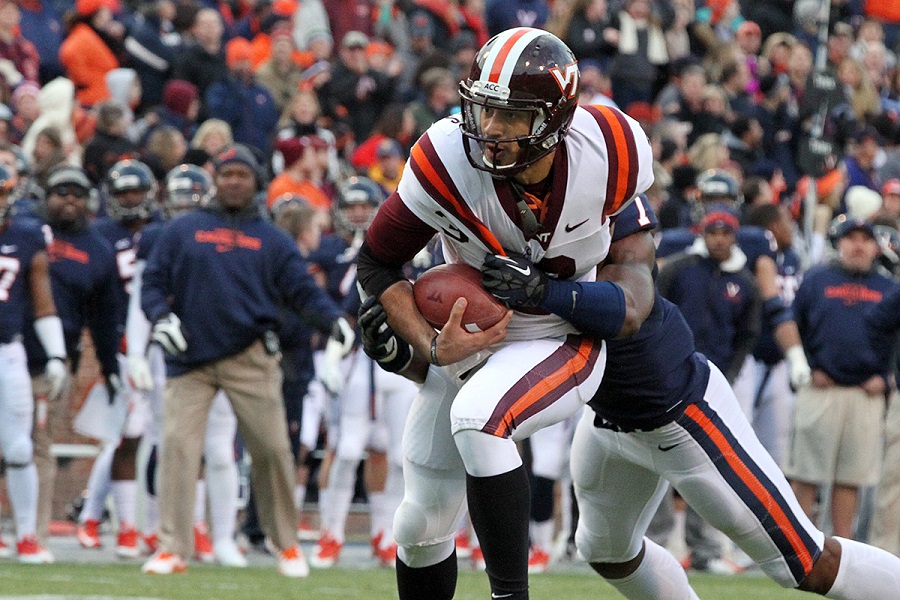 Hokie CPA: I figured I’d do this the same way I did the mid-term: by unit and work up a QCA for the team.

Quarterback – Logan Thomas started slowly, caught fire, and then regressed badly, and then self-corrected as the season progressed. He was able to pull it together after the Duke and BC debacles and he actually finished strong. Overall, I’d say he probably deserves a solid C for this season’s body of work. Unfortunately, that’s not saying a lot for a fifth year senior.

Running Backs – When Coach Loeffler committed his offense to running the football, the backs actually performed. We ran all over Miami and we were looking pretty decent against Virginia until Edmunds broke his leg. Still, the production from the unit was severely lacking all season long. Sam Rogers was a bright spot all season, but other than that I can’t justify grading the unit any higher than a D+.

Receivers – What an improvement, huh? They were disastrous against Bama, but improved each week. I remember thinking a few receivers were still dropping balls that hit them in the hands or tipped them into the waiting arms of defensive backs. As I recall, I seemed to want to attribute 3 or 4 of Logan’s interceptions to mistakes on the part of the receiving corps. However, this unit became one of the only bright spots on the offense, both for making plays and for making blocks down field on those occasions the running backs actually found themselves running in the second level. For this season, the receivers earned a solid B+. We’re going to need their experience and leadership