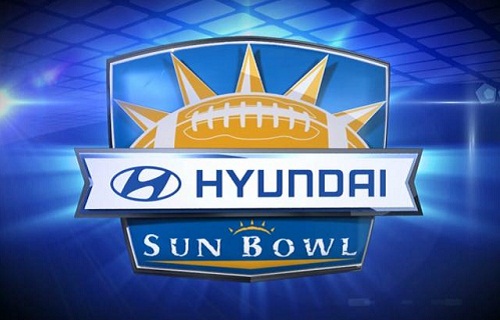 If you’re under the impression that the Sun Bowl is a “bad” bowl, then you couldn’t be more wrong.  Let’s look at the last 10 matchups…

Oregon has played in the game twice over the last 10 years.  Oklahoma and Stanford played each other in El Paso just four years ago, and look what Stanford has accomplished since then.  Notre Dame played for the National Championship just two seasons after trouncing Miami in the Sun Bowl.  Plenty of good programs have played in this game, including Texas in 1994…the year before Virginia Tech beat the Longhorns in the Sugar Bowl.

It’s not a “bad” bowl.  What it is is a slightly above middle of the pack bowl game.  It’s not as good as the New Year’s Day bowls obviously, but it’s not the Nut Bowl, the Pinstripe Bowl or the Fight Hunger Bowl, either.

In reality, games like the Sun Bowl are where teams like the 2013 Virginia Tech squad get sent.  The Hokies went 8-4.  Not great.  Not bad.  Solid.  Above average.  That’s what the Sun Bowl is.  It’s a solid, above average bowl game, but not elite.  And guess what?  That’s where Virginia Tech is as a program right now.  That’s where UCLA is as a program right now, too.  Both teams are getting exactly what they earned on the football field.  Just like 2002 and 2003 for the Hokies, when they were shipped out west for bowl games.

This is a good opportunity for Virginia Tech.  They’ll be facing the #17 team