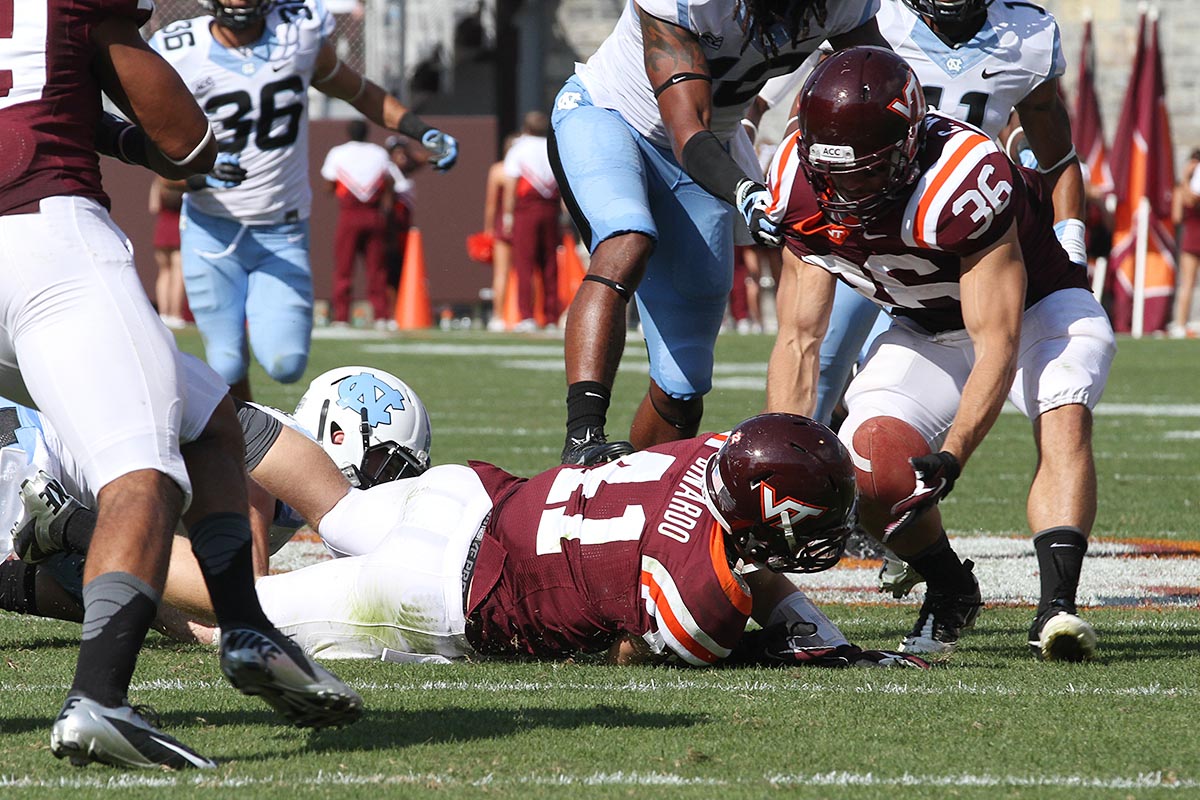 1) Speculate on the two-deep at LB next year.  Is the whip position being phased out?

Chris Coleman: Nothing concerns me more about next year’s team more than linebacker (well, except for the offensive line, but that goes without saying).  Jack Tyler and Tariq Edwards are very good football players, and they will be big losses.  At this point, I really have no idea how they’ll be replaced.

If the Hokies can find somebody to play the traditional whip spot who never has to leave the field, then great.  However, I don’t see that happening.  I think it’s a niche role in the defense these days.  If I were Bud, I would recruit more traditional linebackers, and my backup backer would be my whip linebacker when the situation called for a whip.

Let’s talk about what each position could look like next year.  Note that I’m listing each player’s year as it will be in 2014.  For example, Ronny Vandyke is a r-sophomore