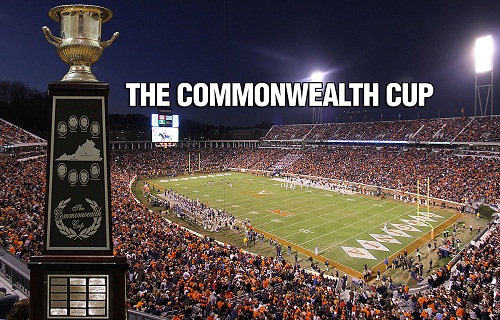 What are your memories of Scott Stadium from games you’ve attended in the past?

From 1989, I have two vivid memories that don’t have much to do with the game.  A friend of mine and I were wandering around campus just to see the sights, and we found ourselves on a part of the campus analogous to VT’s upper quad.  It was a bit out-of-date, architecturally didn’t really fit in with the rest of the campus, and was quite frankly a bit ugly.  We were muttering to ourselves that we just knew there were pretty parts of the UVA campus…we’d seen pictures.  But where was it?  Clearly, it was somewhere else.  We saw a student walking toward us and actually asked them “Excuse me, can you tell us where the pretty part is?”  To their credit, they took the question in stride and gave us directions to the Rotunda.

The other thing I recall vividly happened when we stopped in the campus bookstore to look around.  At the time, we were young, obnoxious college students, so we thought it would be funny to wear our “The Top 10 Reasons UVA Sucks” t-shirts to the game.  Again, the UVA students took the jest in stride and we even got stopped by a group of UVA students in the bookstore who proceeded to read the entire Top 10 list out-loud to the rest of the bookstore.

That was when it dawned on me that compared to some of the more heated rivalries in college sports, ours with UVA is downright civilized.

A few other random memories:

In 1995, I remember seeing Cornell Brown on the sidelines looking like death-warmed-over