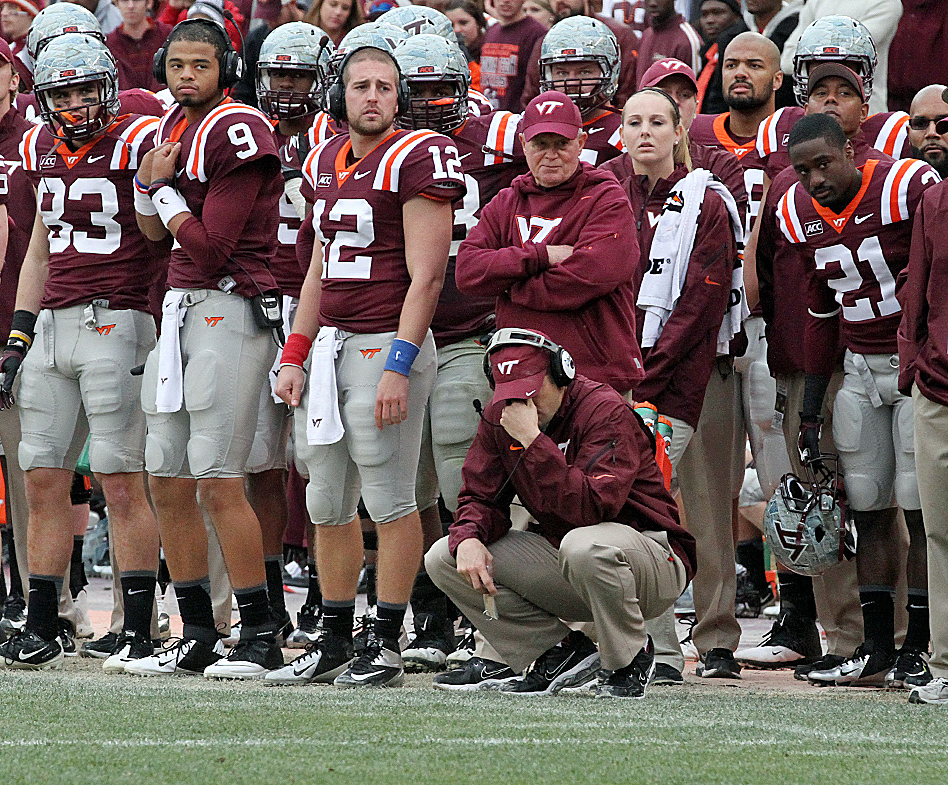 To me, perhaps the biggest disappointment in Saturday’s game was that it was a team loss. Almost everybody could have done something more to win that football game. As Tech fans, we’re used to assigning blame to particular individual or a particular unit, or even a particular coach, on a weekly basis. This week, we can’t do that.

Logan Thomas had his moments of good play and bad play. He certainly had some NFL throws. That touchdown pass to Willie Byrn was a pass you see every Sunday. He was 19-of-31 for 210 yards, with two touchdowns and no turnovers. That’s a solid line. He played well enough to win the football game, had the Hokies had a better running game, or if they didn’t give up a special teams touchdown.

However, there were other times where Thomas held onto the football too long and took sacks when he should have thrown the football away. Perhaps he was a little gunshy. The last time we saw him throw the ball away under duress ended in the interception return for a touchdown against Boston College, which all but lost the Hokies the game. I get that. He knows at this point that Tech has a much better chance to win the football game when he doesn’t turn it over, so he didn’t make any risky throws.

As a result, he didn’t turn the football over. However, it also resulted in sacks and long yardage situations, which obviously aren’t good for this offense. Logan was damned if he did, and damned if he didn’t.

In that final first half possession, Maryland went 56 yards in just 35 seconds against the vaunted Hokie defense