That was a fun game, wasn’t it?  It was a blast for two reasons… 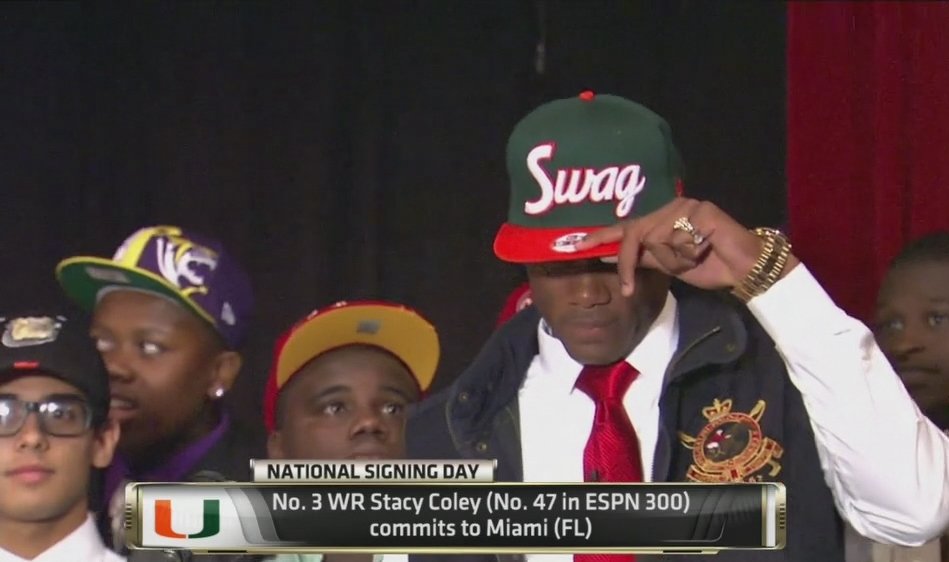 Making the other team quit

Oh, that Hurricane “swagger” that we all hear about.  It’s all talk. It doesn’t actually exist anymore.  These current Miami players don’t have the talent of those old 1980s teams that invented the “swagger”, and they make things even worse by lacking in toughness.  Virginia Tech lined up and smacked Miami right in the mouth on both sides of the ball, and the Hurricanes just sat there and took it.  They never even threw a punch back in Tech’s direction

I feel like the modern Miami football player has too much of a sense of entitlement because of the still-strong reputation of those past teams.  But in reality, they have no understanding of why those teams were so good.  Obviously they had talent, but those Miami teams in the past just hated to lose.  I don’t get the sense that Miami teams these days truly hate to lose.

But hey, it’s a tough life.  Giving up your Saturday nights of partying on yachts, hanging with 2 Live Crew and going to strip clubs…wow, that’s a big sacrifice to make in order to play a nationally televised college football game.  That must be really annoying, huh?

In the end, it was the Hokies who had the swagger.  If was Virginia Tech’s offensive line – plus Sam Rogers and the tailbacks – who left the Hurricanes swaggering against the ropes like a boxer who took dozens of powers shots to the head over 12 rounds.  Rather than fight back, Miami just threw in the towel.  You could see it in their faces and in their body language on that final time consuming drive by the Virginia Tech offense.  The Hokies were the tougher team, physically and mentally.  They wanted to win that game a lot more than Miami did.