I’m not a football coach, but like you, that doesn’t stop me from playing the old “what would I do if I were the decision maker?” game.  That’s what this Sunday’s article is about. 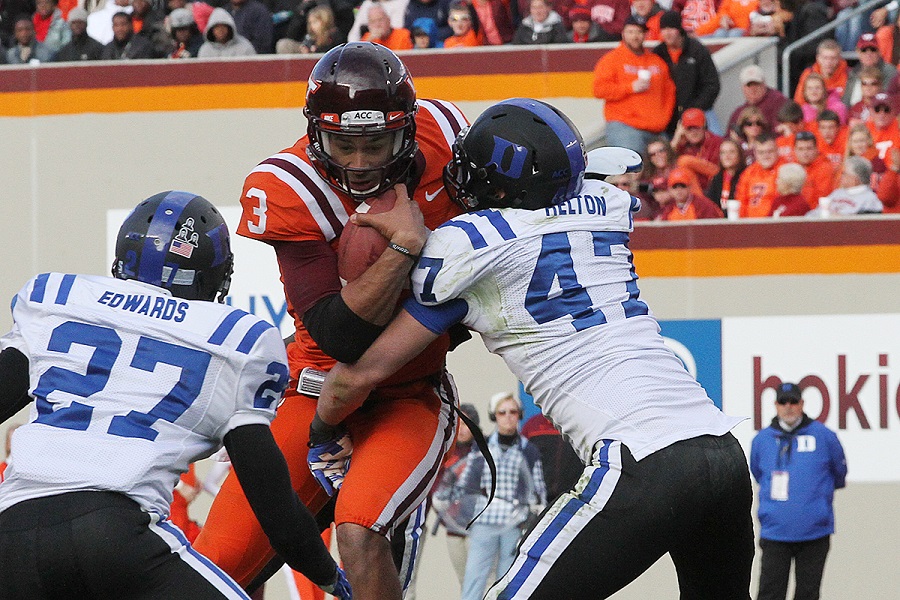 This is the subject that’s getting beat to death.  It’s what everybody is talking about.  When Logan turns it over, the Hokies lose.  When he doesn’t, they win.  I believe the announcers said during yesterday’s broadcast that Tech is 14-0 when he doesn’t turn the football over, or something like that.

Tech beat Georgia Tech, UNC and Pitt when Thomas was “on” and did not commit a single turnover.  Since then, he had four turnovers in each game in losses to Boston College and Duke.  Both of those games were statistically dominated by the Hokies in total yardage, but those turnovers were killers.

When Logan Thomas is good, he’s really good.  He was really good for most of the BC game, but obviously not for the last 20 minutes or so.  And when he’s bad, he’s really bad, as we saw against Duke and for much of the second half against BC.  There doesn’t seem to be a lot of in between.  There is no consistency.  It’s got to be maddening to gameplan when you have absolutely no idea what quarterback is going to show up.

Thomas suffered early in the season from a lack of playmakers at wide receiver.  That wasn’t the issue against Boston College.