Let’s pretend it’s Friday, October 25.  The day before the Duke game.  I came across a crystal ball that told me the stats of Saturday’s Tech-Duke game, and I put them in an article.  They went like this…

VT outgained Duke 387 to 198
Duke threw four interceptions
Duke did not complete a pass in the second half
Duke did not convert a third down the entire game
VT beat Duke 39:27 to 20:33 in time of possession
The Hokies had a 100 yard rusher and ran for 173 yards
The Hokies only punted three times

Wow…double the yardage, four interceptions, no third down conversions, TOP almost 2-to-1, a solid number of rushing yards, and only three punts.  If I knew all those stats on Friday, I would have told you that the Hokies hit Duke with the perfect barrage of BeamerBall and won the game about 40-0.  What would you have guessed?  Maybe not 40-0, but certainly not a loss.

Somehow, despite dominating the game in all of those phases, the Hokies lost to Duke 13-10.  The four interceptions thrown by Logan Thomas evened things out, and it became a battle of kickers.  Duke had a better kicker, so they won.

There are a few topics to discuss, starting with the one on everyone’s mind… Logan Thomas . 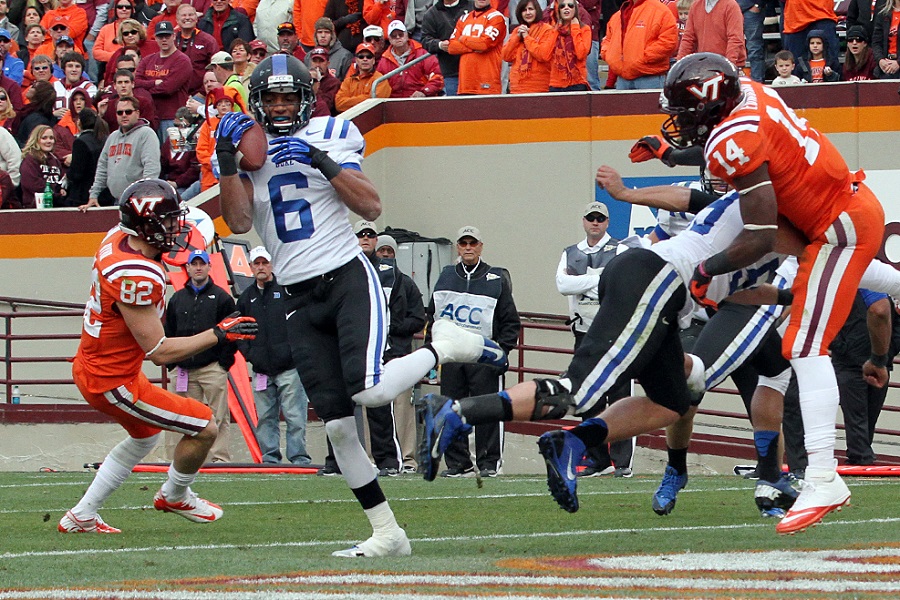 A few steps forward, and then a giant leap backwards